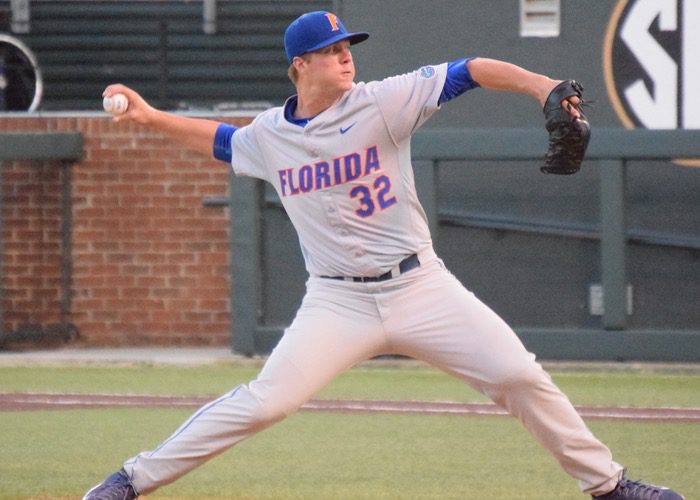 Pitching matchups don’t come much more exciting than this one. Dakota Hudson is the hottest pitcher in the country and likely the nastiest pitcher in the country at the moment. Florida’s Logan Shore, on the other end, is still a near lock first round draft choice and continues to be a steadying presence for the Gators. Shore works mostly at 91-93 mph with his fastball and has proven to have exceptional feel for his secondary offerings. The 6-foot-5 Hudson is looking more and more like a top seven or eight overall selection, as he’s proving to scouts week to week that he can corral his electric raw stuff. He works at 92-96 mph with his fastball, and has proven he can still crank it up to 96 deep into outings and over the course of over 100 pitches. His 89-91 mph cutter/slider is also proving to be one of the most devastating plus pitches in the 2016 draft crop. This is a heavyweight matchup that figures to be jam packed with the highest ranking scouts out there in attendance.