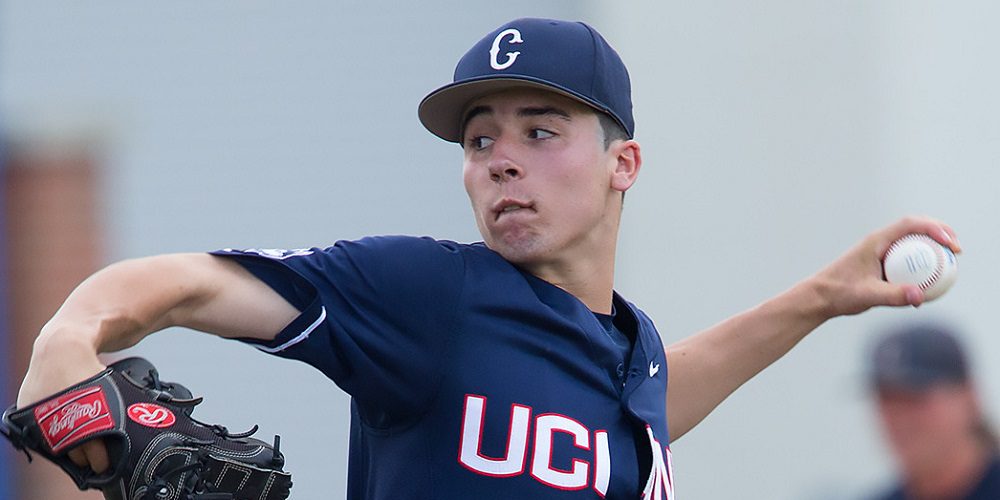 Cate has quickly ascended to ace status in 2017 (UConn Athletics)

The baseball world officially learned how good Tim Cate was during his stint with the USA Collegiate National team last summer. An advanced lefty who blossomed as a freshman in the UConn rotation last spring behind another star southpaw and eventual first round draft pick Anthony Kay, Cate quickly cemented himself among the USA stars as a major 2018 draft prospect to watch.

Coming into 2017, UConn had to face the fact that they lost a big piece of their rotation when Anthony Kay signed with the New York Mets last summer, but it was far less of a concern that you might think. Although the Huskies have done a brilliant job of cultivating talent over the last decade, producing elite draft picks like George Springer, Matt Barnes, Anthony Kay, among many others, this isn’t a program like Vanderbilt or Florida where a steady stream of first round type talent flows into campus every year. And yet, there was no concern when it came to who would fill the big shoes of a true Friday ace like Kay.

As outstanding as Kay was, UConn likely has an even more talented arm pitching on Fridays in 2017 – Tim Cate.