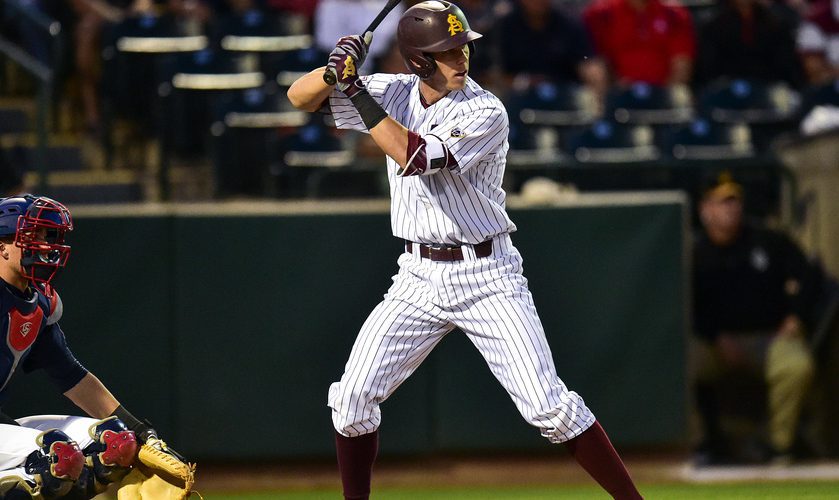 Teams On The Upswing: May 1

The college baseball landscape seems to change each week, and as usual, there are some pluses and minuses with several teams around the country. In an effort to give fans the inside scoop on teams we feel are surging, here’s our weekly feature on “Teams On The Upswing”. Hint: There are some impressive power programs making moves.

The Sun Devils have been making some serious waves over the past few weeks, and while they dropped a tough midweek game to Arizona to begin the weekend, they finished with a huge statement series sweep, at home, over a very solid New Mexico club. In that series, the offense took charge in the first two games, along with Eli Lingos tossing an impressive game in Game Two, while in the series finale, Eder Erives came out of the bullpen and struck out seven, walking three and allowing no runs and just one hit in 6.1 innings of work.

As it stands, the Sun Devils have a legitimate chance to get into the at-large bid picture. The Devils have won six of their last seven, and three-straight Pac-12 series, while also possessing a fast-climbing RPI of 58. Remember, it wasn’t long ago the Devils were hovering around triple digits. Give Tracy Smith and his coaching staff credit for keeping this team focused.