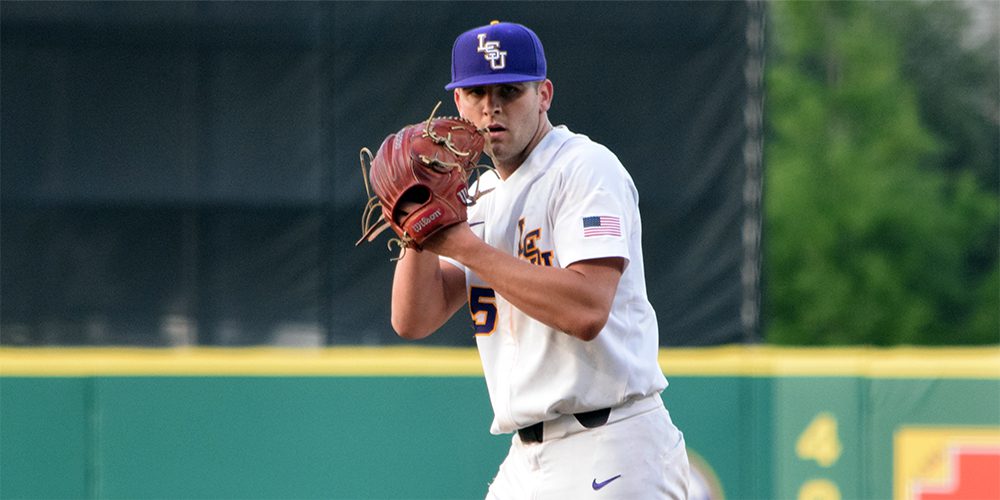 The national seed race continues to be hot and heavy entering the final regular season weekend for most of the country, while the Pac-12 and Big West have two more weeks left on their plate. With that said, we have two changes this week from a national seed standpoint — Take out Stanford and Clemson and insert LSU and Kentucky. Obviously, the SEC getting two more national seeds might surprise some people, but both the Tigers and Wildcats have a whopping 18 wins vs. RPI Top 50 teams, while they have other strong metrics, such as strong non-conference schedules, conference records, and the trend for both of these teams is headed a positive direction. Clemson is still in the national seed mix, but two-straight series sweeps in the ACC has it needing to show something this weekend against NC State and in the ACC tournament — just like last season. Stanford is still very much in the national seed mix, while others such as Virginia and Wake Forest also are teams to watch this weekend and in the conference tournament.

There also are changes with our regional hosts. For instance, Arizona’s resume has taken a hit over the past couple of weeks and is now down to 16 in the RPI, while Mississippi State’s RPI has fallen to 24. The caveat here with MSU is that if it takes the LSU series and does at least something in Hoover, Andy Cannizaro’s Bulldogs would have an incredibly strong resume for a spot. Coming in as hosts this week are Arkansas and Oklahoma. In particular, OU is an interesting team and trending a very positive direction. The Sooners are coming off a series win over TCU, are up to 16 in the RPI and have an impressive 11-7 record vs. RPI Top 25.

There are only two at-large changes this week. South Carolina and Washington are out of the field, while Connecticut and UL Lafayette entered the field of 64. The Gamecocks have lost seven-straight SEC series with Georgia on the docket this weekend, while the Huskies’ RPI continues to decline and a strong finish in Pac-12 play the final two weekends is an absolute must.