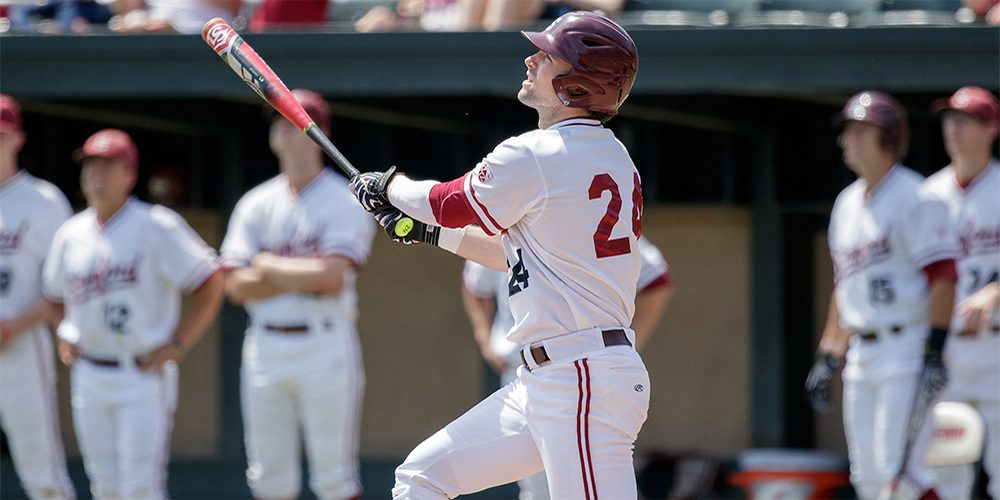 Kentucky is gaining ground as a national seed, moving from No. 6 to No. 4 this week following a road series win over South Carolina, while Texas Tech holds steady at No. 3 and Clemson comes in a No. 6 following a tough road series sweep at North Carolina.

The hosting situation continues to be more volatile than the national seed race. Last week, we had West Virginia, Arkansas and Arizona in as hosts. However, both are out this week in lieu of Southern Mississippi, LSU and Stanford. The Golden Eagles are leading Conference USA and have solid marks — sitting at 21 in the RPI with a 7-4 mark vs. RPI Top 50 and 15-10 record vs. RPI Top 50l. Meanwhile, LSU is coming off a road series sweep of Alabama and possesses 12 wins vs. RPI Top 50 and Stanford is one of the fast risers in the RPI, vaulting all the way to 12 over the past week with a good Pac-12 standing, a 7-4 mark vs. RPI Top 50 and a whopping 23 victories against RPI Top 100 clubs.

There are only two new at-large teams this week — Oregon and NC State. The Ducks captured a series win over California last week, though a tough road is still ahead with a three-game set against Oregon State coming up in a couple of weeks. Meanwhile, the Wolfpack has a favorable remaining schedule, which includes a huge home series against Clemson to close out the regular season.