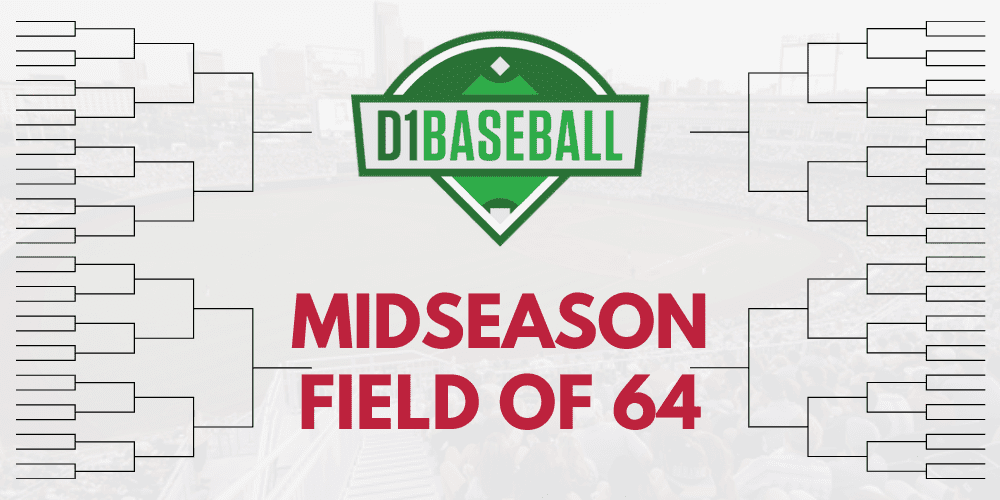 With seven weeks in the books and seven more to go before most conferences wrap up their regular-season schedules, it’s time for our midseason look at the state of college baseball.

On Tuesday night, our panel of Mark Etheridge, Aaron Fitt and Kendall Rogers met to assemble a midseason field of 64 projection, and recorded the conversation to post as this week’s Nerdcast. This early in the season, the RPI is still very fluid, and many conferences are very early in their league schedules, so trying to build the field is a tricky process filled with subjective evaluations about teams and projections about how we think teams will finish. Which is to say, this field does NOT represent how the field would look if the season ended today; we’re still looking ahead and trying to project how we think the field will look on Memorial Day, based on what we have learned over the first seven weeks of the season.

Not surprisingly, the SEC dominates our top 16 national seeds, landing the top two seeds, three of the top five, and six of the top 13. The SEC is also tied with the ACC for most regional bids overall (nine apiece), followed by the Pac-12 (six bids), Big 12 (five), Big Ten and Conference USA (four apiece).