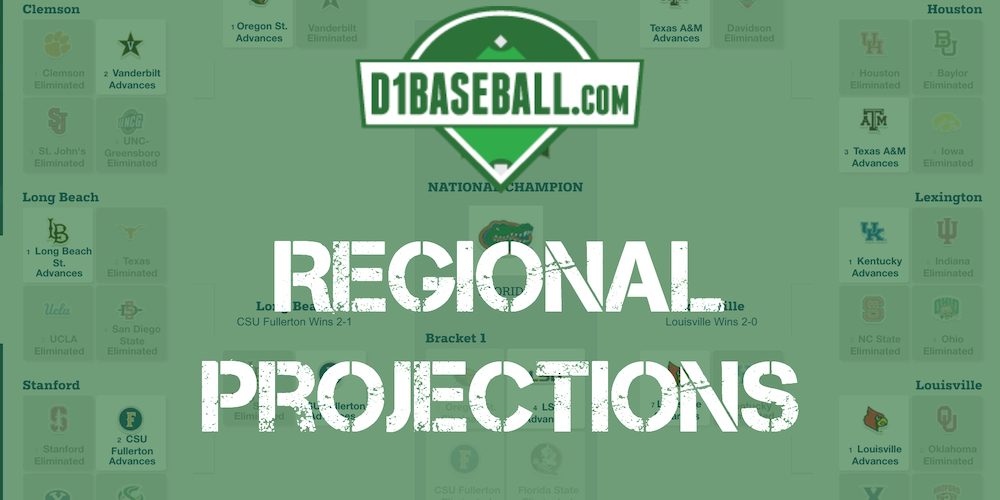 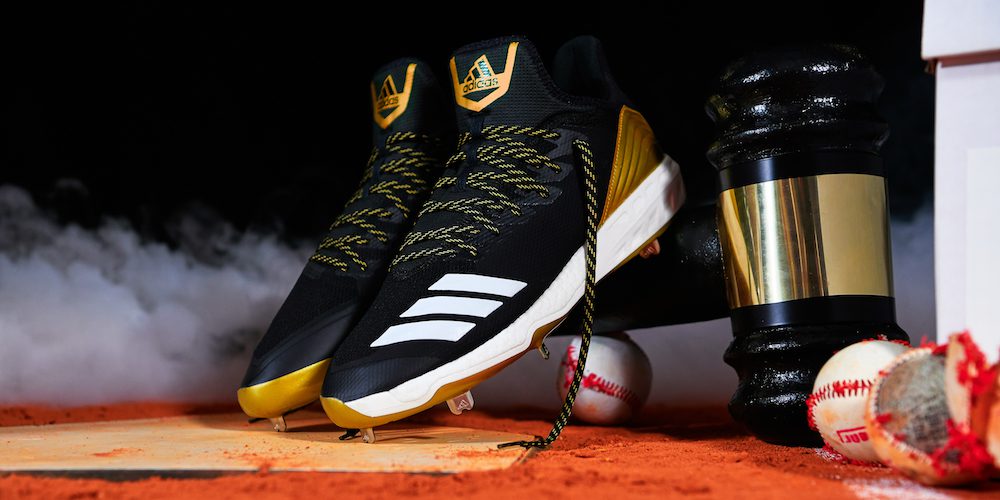 The latest D1Baseball.com Field of 64 projection is out, and there are plenty of important changes to discuss.

For starters, there’s one change to the top eight this week. Texas Tech, after dropping back-to-back series to TCU and Texas, drops out of the top eight, but remains a host. Georgia, which is red-hot and ranks second in the Southeastern Conference, moved into the top eight. The Bulldogs have some terrific metrics, such as a 15-9 mark in the nation’s toughest conference, along with a 16-7 mark vs. RPI Top 50. Georgia also has a whopping 28-13 mark vs. RPI Top 100 clubs.

We mentioned the Red Raiders are still a host, along with Big 12 counterpart Oklahoma State, which leads the league. UCLA, Kentucky and East Carolina moved out as hosts this week, while Stetson, Minnesota and Auburn moved in as hosts. Stetson is in good shape with an RPI of 11, while also dominating an improved Atlantic Sun so far this season. Minnesota has an outstanding Big Ten record and has an RPI of 14 with a 10-5 mark vs. RPI Top 50. Lastly, Auburn is an interesting SEC team to watch. The Tigers are sizzling hot and could move into the top eight with a road series win over Ole Miss this weekend. AU has an RPI of 6 with a 14-13 mark vs. RPI To 50.

In terms of at-large bids, only two teams moved out of this week’s field — Missouri and Illinois. The Tigers have a quality RPI, but the poor conference record is a significant road block with only a couple of weeks left to the regular season. Meanwhile, the Illini certainly pass the eyeball test, but they’re also losers of three-straight series with a tough road trip to Michigan coming up this weekend. LSU and Arizona entered the field. LSU isn’t clearly in by any means, but the Tigers are trending upward after a series win over Arkansas. The Tigers need to take care of Alabama and take one or two from Auburn to feel safe entering the SEC tournament. As for the Wildcats, they improved from the 60s in the RPI to 36 after sweeping UCLA last weekend. The conference record, which previously as a crutch, is also improving.