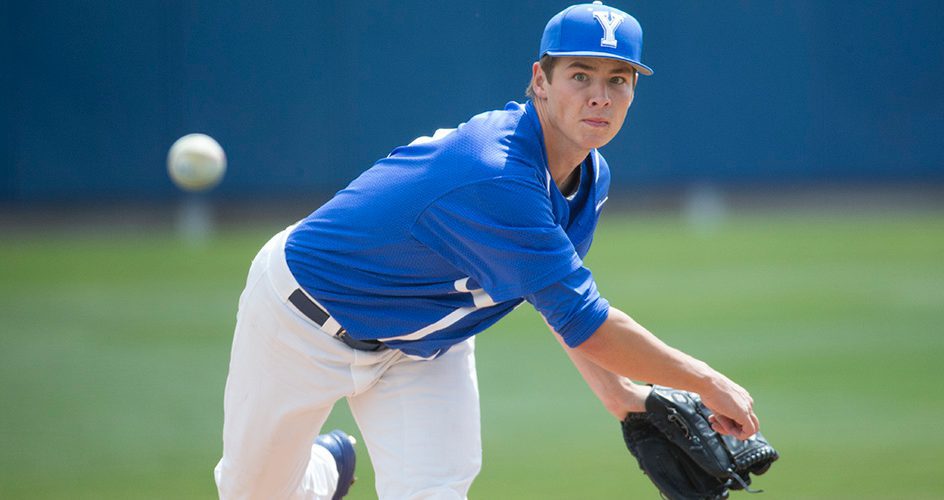 Michael Rucker is a talented prospect to watch on this team. (BYU)

Rogers: No Sundays? No Problem For BYU

The NCAA Division I Selection Committee hasn’t exactly made it a secret that they enjoy putting regional host sites in new, exciting places. And this season could provide some additional choices, as programs like South Alabama, and most notably, BYU are rising up the national charts.

But, Brigham Young is the most interesting potential selection – should things stay as they are right now – moving forward. You don’t really need a history lesson on BYU’s roots, but it’s a traditional Mormon (The Church of Jesus Christ of the Latter-day Saints) institution and it adheres to a strict code of conduct, whether it’s how its athletes are portraying the school in public, or, in our case, when they actually play competitive sports.

Though some wonder why the NCAA wouldn’t step in and force the Cougars to adhere to the scheduled start times, BYU assistant athletic director Brian Santiago said the institution has a provision and agreement with the NCAA saying that no matter if they are hosting or on the road for a regional, that postseason event will not be played on a Sunday, at least involving the Cougars.

How strict are the religious leaders attached to BYU about this rule? The Cougars had an opportunity back in the late 60s to play in the College World Series. However, assurances couldn’t be made that they wouldn’t have to play on Sunday, and the Cougars declined the opportunity to compete for a national title. Furthermore, and most recently, the Cougars had a situation where the women’s soccer team was competing in the College Cup, and there was a chance the tournament would have to be played on Sunday. BYU, though, was steadfast in its policy that it would not play on Sunday, despite pleas from ESPN to temporarily skirt from that policy.

“The school is owned and operated by the church and Sunday is our Sabbath. We don’t play games, and we don’t practice, either,” Santiago said. “It’s really great we’re talking about it right now for our baseball program, and it’s good that we already have provisions in place with the NCAA. The provisions were originally put in place so we wouldn’t be excluded on the basis of not wanting to play on a Sunday.

“Some people may not find [our rules] socially acceptable, but we hold very important our relationship with the church,” he continued. “We had a situation a few years ago when we were in the Mountain West where Steve Fisher [San Diego State basketball coach] arrived to Provo for a Monday night game, and he showed up to our gym and it was dark. I told Steve that we won’t let our own people in there on that day, and we won’t let anyone else in there, either. It’s just a part of who we are as an institution.”

If you are wanting a baseball precedent for this provision, look no further than the 2002 Los Angeles Regional, hosted by USC. That regional skipped any sort of Sunday action, and the Cougars and Trojans played for the regional title on Monday, a contest the Trojans won. 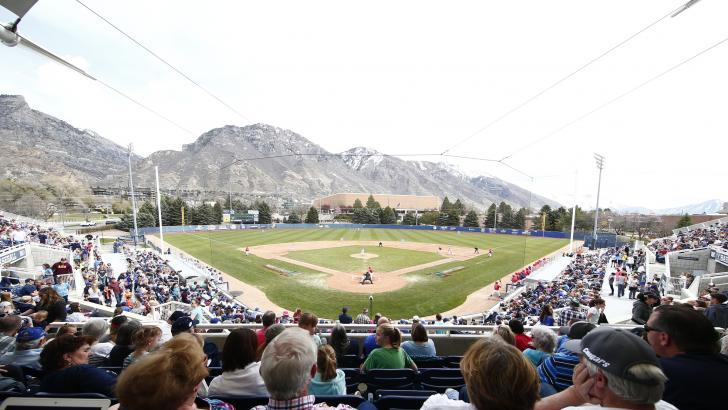 BYU has a picturesque setting at its home ballpark. (BYU)

“The NCAA is required to accommodate us if we are in the postseason,” Santiago said. “We will put in a bid to host a regional on a Thursday-Friday-Saturday, but even if we’re on the road, it will still be the same scenario. Therefore, it shouldn’t affect our ability to host.”

While some look at the recent regional host by Dallas Baptist, another strict religious school, as a reason why BYU could opt out of the no Sunday play rule, the situations are vastly different. DBU coach Dan Heefner received approval from his administration to play on Sunday, where as BYU’s administration hasn’t ever and will not bend the rules for the sake of postseason play.

“We were given a waiver from our administration to play on a Sunday,” Heefner said. “The only issue we ran into is that our school didn’t really want to start at 11 a.m. on a Sunday, and the NCAA worked with us on that.”

So, that’s the situation with the Cougars as they hit the midseason mark with a 23-4 overall record, 7-2 mark in the West Coast Conference and in very good shape from an RPI standpoint at 25. Meanwhile, the Cougars are 2-2 vs. RPI Top 50 and 5-3 vs. RPI Top 100, while they’ve played the nation’s No. 151 strength of schedule thus far. The Cougars also have a terrific 2,204-seat facility with a picturesque backdrop.

Nothing is set in stone, and several weeks separate us from Selection Monday. But, BYU is on the rise and this certainly will be one of the hot button questions asked from fans and coaches around the country.

“We are very fortunate and grateful to always be included,” he said. “If we do end up in Omaha, they would make a provision for us to compete for the national title, and we’re thankful for that.”

This is just one of many ways Brigham Young University is unique.