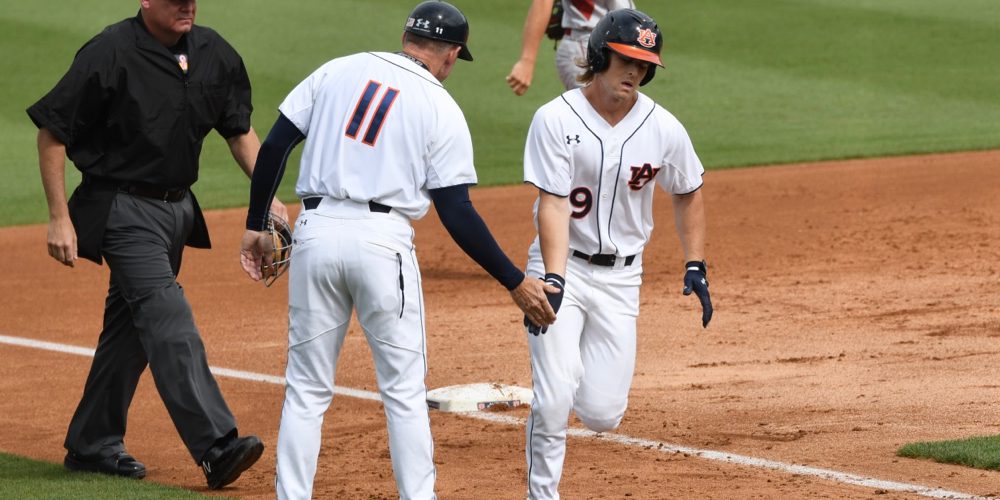 This time of year, a hefty majority of all questions submitted in our weekly college chat, as well as those sent via e-mail or Twitter, center around the battle for postseason positioning. Our readers want to know how the races for national seeds, host sites and at-large bids are shaping up. So every Wednesday, we’ll examine how the postseason picture has shifted over the previous week here in the Postseason Stock Report. This analysis is intended to complement our weekly NCAA tournament field of 64 projection, which was put together in a conference call with Kendall Rogers, Mark Etheridge and me on Tuesday night.

We’ll get to at-large chances in a bit, but let’s start with a look at which teams are on track to earn national seeds and which are on track to host regionals through the first 10 weeks of the season:

ON THE BUBBLE (IN): Florida, TCU

ON THE BUBBLE (OUT): Arizona, Mississippi State

One change from last week: Kentucky replaces Arizona as a national seed.

The Wildcats have moved into pole position in the SEC pecking order after winning a big home series against LSU. Kentucky leads the SEC East by two games over Florida, and it owns the SEC’s best RPI (No. 4). The Wildcats are also tied for most top 50 wins in the conference, and they are just one game behind Mississippi State for best record in the SEC. UK was right on the edge of a national seed last week, but after taking the LSU series, the Wildcats are now a no-brainer national seed. Very favorable home series remaining against Tennessee and Georgia could help Kentucky in the race for the SEC’s regular-season title, but it also must visit South Carolina (which just lost Clarke Schmidt) this weekend, and it finishes at Gainesville. UK has a very realistic path to 20 SEC wins.

We’re sticking with Florida as the second SEC national seed based on its combination of strong RPI (No. 9), excellent top 25 record (7-4), favorable remaining schedule (at Georgia, vs. Ole Miss, at Alabama, vs. Kentucky) and elite talent. The Gators have won four of their last five series and seem to be finding their stride at the right time. They did get swept at Auburn, which has a better SEC record, but the Tigers are 27th in the RPI — not national seed territory right now. RPI is also holding back Mississippi State (No. 16), which has otherwise put together a very nice resume and owns the SEC’s best conference record (13-5). But if the Bulldogs can win the SEC’s regular-season title, expect them to snag a national seed, even if their RPI finishes outside the top eight. But if they win the SEC, it also seems likely that their RPI will continue to climb.

Arizona tumbled from a “safe” national seed to outside the top eight after getting swept at home by Utah, dropping the Wildcats to 9-9 in the Pac-12 (sixth place). They do remain in the top 10, so there is time to rebound and reclaim a national seed, but the Wildcats need to get hot again and bolster their conference record.