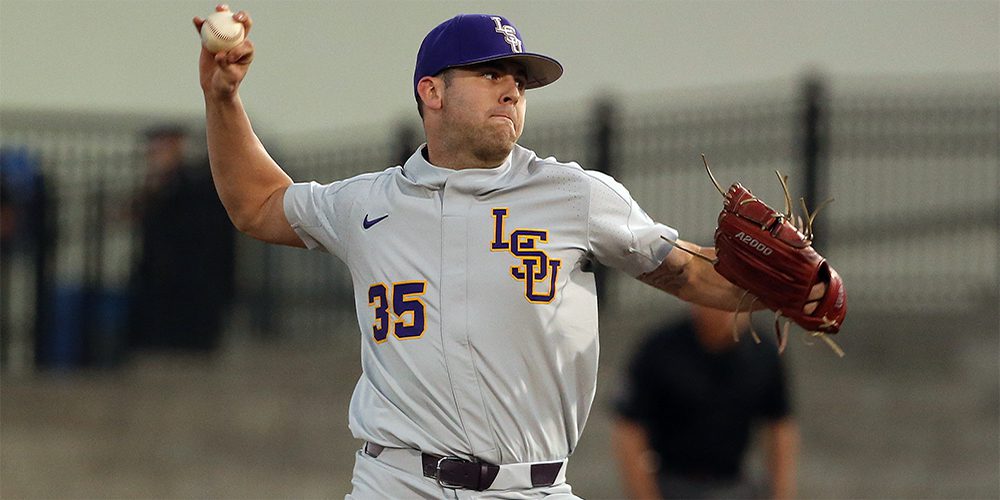 This time of year, a hefty majority of all questions submitted in our weekly college chat, as well as those sent via e-mail or Twitter, center around the battle for postseason positioning. Our readers want to know how the races for national seeds, host sites and at-large bids are shaping up. So every week, we’ll examine how the postseason picture has shifted over the previous week here in the Postseason Stock Report. This analysis is intended to complement our weekly NCAA tournament field of 64 projection, which was put together in a conference call with Kendall Rogers, Mark Etheridge and me on Tuesday night.

ON THE BUBBLE (IN): Clemson, Florida, TCU

ON THE BUBBLE (OUT): Auburn, Stanford

There’s a pretty clear top eight right now, and a fairly pronounced gap between those eight and everybody else. North Carolina joined Oregon State as a near-slam dunk national seed after sweeping Clemson this weekend. Texas Tech shored up its position with a series win against TCU, but the Frogs remain in first place in the No. 1 RPI conference, and they’re still in the top 10 in the RPI, so they’re still in national seed position. Kentucky solidified its national seed footing by winning a road series at South Carolina and climbing to No. 3 in the RPI. Clemson moves from the “secure” category into the “bubble” group after losing its second series in the last three weeks, but the Tigers are still fourth in the RPI and 16-8 in the ACC, which means they’re still in great shape. The only real knock against them is a modest 7-8 record against the top 50, but a strong 20-11 mark against the top 100 helps make up for it. Louisville and Florida held their ground over the last week by going unbeaten against lesser competition.

Auburn is starting to creep up into the national seed conversation after winning a huge road series at Mississippi State to move into a three-way tie atop the SEC’s overall standings with Kentucky and MSU. The Tigers own head-to-head series wins against Florida (a sweep), South Carolina, Arkansas and at Mississippi State — and they were without one of their two big guns on the mound for all four of those series. Auburn is still just 18th in the RPI thanks to its No. 114 nonconference strength of schedule, bit its sterling 7-2 record against the top 25 helps offset that weakness. If Auburn can climb closer to the top 10 in the RPI, or if it can win the SEC regular-season title outright, it is very likely to earn a national seed. With winnable home series remaining against Alabama and Ole Miss plus a tough road series at LSU, Auburn has a real chance to finish strong.

Stanford also moved into the national seed hunt after sweeping Arizona, a week after sweeping Oregon on the road. The Cardinal has surged from No. 41 in the RPI all the way up to No. 12 in the last two weeks, and its metrics are strong: 7-4 vs. top 25, 10-7 vs. top 50, 23-12 vs. top 100, and second place in the Pac-12. Momentum is also on Stanford’s side — it is riding a nine-game winning streak into a favorable matchup at Arizona State. The Cardinal has clearly emerged as the No. 2 team in the West Coast pecking order behind Oregon State, and a national seed is certainly within its reach if it continues to play well down the stretch.