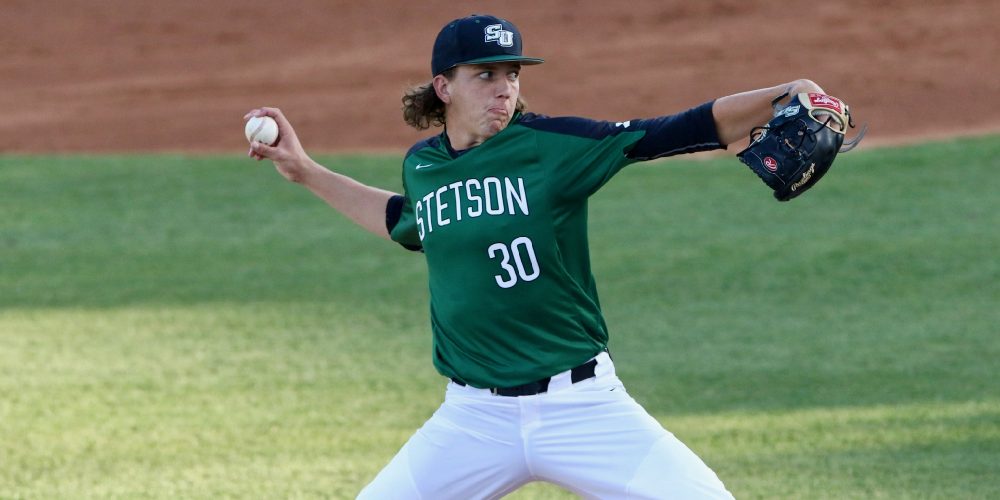 This time of year, a hefty majority of all questions submitted in our weekly college chat, as well as those sent via e-mail or Twitter, center around the battle for postseason positioning. Our readers want to know how the races for national seeds, host sites and at-large bids are shaping up—so it’s time to roll out our weekly Stock Report feature. Every week, we’ll examine how the postseason picture has shifted over the previous week. This analysis is intended to complement our weekly NCAA tournament field of 64 projection, which was put together in a conference call with Kendall Rogers, Mark Etheridge and me on Tuesday night.

ON THE BUBBLE (OUT): Texas Tech, Florida State, Minnesota, Auburn

Going on the road and sweeping Missouri dramatically changed the outlook for Georgia, which now finds itself sitting pretty at 15-9 in the SEC and No. 4 in the RPI, with a 16-7 record against the top 50 in the RPI, and a 6-5 record against the top 25. That’s a no-brainer national seed resume if the season ended today, but the reason we’ve been more cautious with our projection for Georgia is that it finishes the season with series at Florida and vs. Arkansas, the two most talented teams in the SEC. At this point, however, Georgia has proven that it is good enough to hold its own in those to weekends, and we expect it to win at least two of those final six conference games — and we wouldn’t be shocked if it wins three or four. So if Georgia finishes with 18 or 19 SEC wins and a top-eight RPI, it should be an easy national seed. Even 17 SEC wins could very well be enough to get it done.