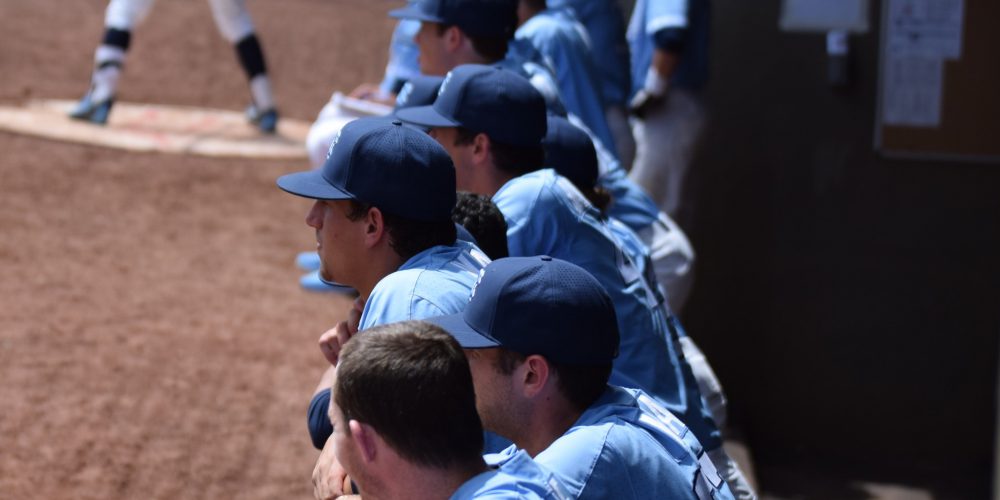 The waiting is the hardest part for North Carolina (Aaron Fitt)

This time of year, a hefty majority of all questions submitted in our weekly college chat, as well as those sent via e-mail or Twitter, center around the battle for postseason positioning. Our readers want to know how the races for national seeds, host sites and at-large bids are shaping up — so it’s time for our weekly Stock Report feature. Every week since midseason, we’ve examined how the postseason picture has shifted over the previous week. This analysis is intended to complement our weekly NCAA tournament field of 64 projection, which was put together in a conference call with Kendall Rogers, Mark Etheridge and me on Monday night.

Below, we’ll look at who’s in, who’s out, who’s on the bubble for at-large spots, hosts and national seeds. This discussion is weighted much more toward performance to date and remaining schedule than projection based on talent, but it’s also not intended to show exactly what the field would look like if the season ended today. We’re still looking ahead to Selection Monday — which is now less than a week away.

During this discussion, we will reference the RPI rankings through Monday’s games. And we’ll make use of records against the top 25, 50 or 100 in the RPI using the D1Baseball Nitty Gritty Report (also through Tuesday’s action). We’ll also reference the Boyd’s World RPI Needs Report, which provides rough estimates for how many games a given team must win down the stretch to finish the regular season within certain key RPI benchmarks.

We’ll get to at-large chances in a bit, but let’s start with a look at which teams are on track to earn national seeds and which are on track to host regionals through 14 weeks of the season:

ON THE BUBBLE (IN): South Carolina, Virginia

ON THE BUBBLE (OUT): LSU, Ole Miss, Vanderbilt

No changes from last week.

We did a little shuffling with our order, but the top eight teams remained the same. For the first time all season, Florida drops out of our No. 1 overall seed after losing its final series at LSU, and Miami (which has been our No. 2 national seed every week since midseason) moves into the top spot. But the Gators are still rock-solid for a national seed, and in fact you could put the top four teams in any order, and it would be perfectly defensible. Miami, A&M, Louisville and Florida all have great resumes, and they’re all slam-dunk national seeds. So are SEC regular-season champion Mississippi State (despite its No. 11 RPI) and Big 12 regular-season champ Texas Tech (No. 12).