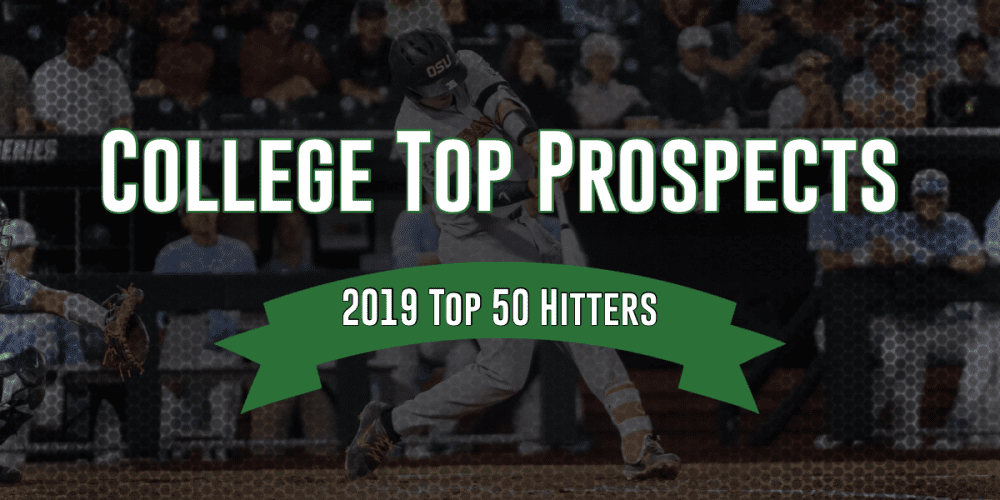 Summer baseball has come and gone, fall workouts are finally here and it’s time to take an in-depth look at the top prospects in the 2019 draft class.

We began our prospect series Tuesday with a ranking of the Top 50 pitchers for next summer’s MLB draft. Now, it’s time to take an in-depth look at the Top 50 hitters. The 2019 package culminates later this week with our overall Top 150 prospects list, while next week, we’ll dive into the very early 2020 Top 50 list.

Our top position prospect rankings are headlined by none other than Oregon State backstop Adley Rutschman and California slugger Andrew Vaughn. Rutschman is a step above the rest at this juncture with his unique combination of power, an advanced offensive approach, superb defensive skills and strong arm. Vaughn is the most feared and consistent hitter in college baseball, and did nothing to change anyone’s mind this past summer.

Baylor’s Shea Langeliers is another premier catcher to watch, while Texas Tech’s Josh Jung has size, power and athleticism, and UNLV’s Bryson Stott was one of the summer’s biggest breakout prospects. Stott already was considered a quality offensive weapon, but made significant defensive strides with Paul Mainieri and the USA Collegiate Baseball National Team.

The college prospect rankings are assembled by Kendall Rogers, Aaron Fitt and David Seifert, along with contributions from Prep Baseball Report’s Dan Jurik.

Here’s the top five with the rest of the rankings accessible to premium subscribers: