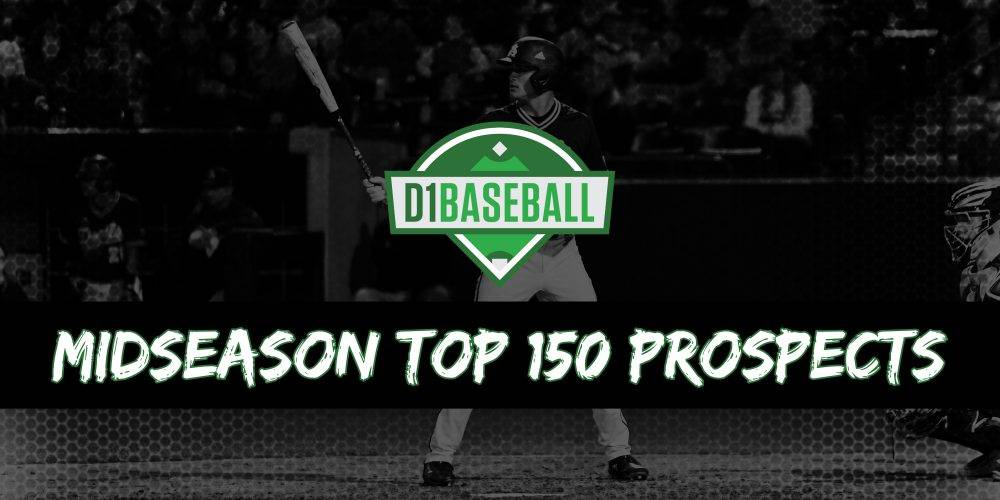 We’ve reached the halfway point of the 2019 college baseball season and the hierarchy of draft prospects continues to take shape with an update to our College Top Prospects list.

Our orginal rankings were released in early February, where Adley Rutschman, Andrew Vaughn, Shea Langeliers, Graeme Stinson and Josh Jung led the way in the top five. Injuries to both Langeliers and Stinson have set them back, while Jung struggled some early with the bat, and has begun to return to form as of late.

The Pac 12 leads with three of the top five overall prospects, while the SEC leads in overall prospects with 37 of the top 150. As a team, North Carolina leads the way with six players on the list, while Arkansas, Florida, LSU, Stanford, Tennessee, Texas Tech, UCLA and Vanderbilt each have four.

Eight junior college prospects made the cut, as well as a lone Division II prospect at this point. Hunter Brown from Wayne State (Mich.) checks in at No. 92. He was identified as a potential top round prospect last summer in the Cal Ripken League is beginning to climb draft boards this spring.

The college prospect rankings are assembled by David Seifert, Kendall Rogers and Aaron Fitt, along with input from our Nick Faleris and Burke Granger.

Check out our full Top 150 list by becoming a subscriber, below!