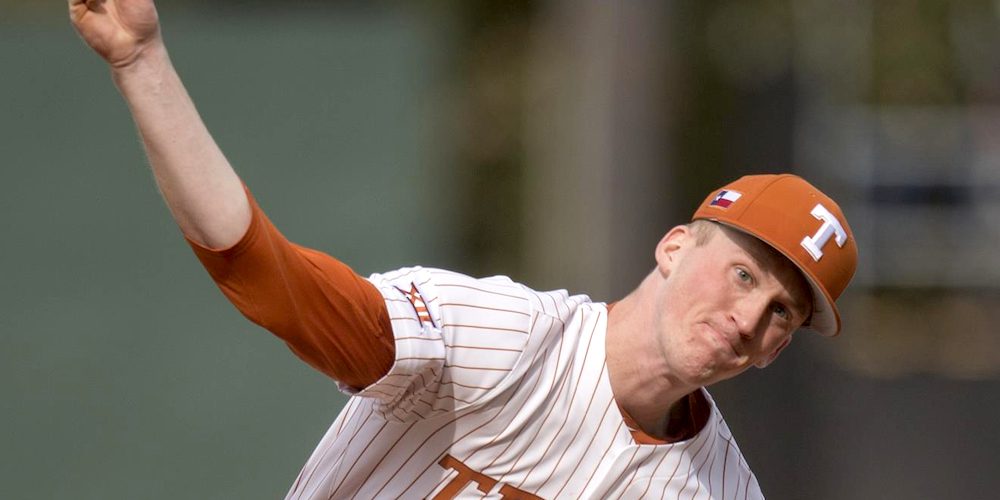 MADISON, Wis. — With previous posts dedicated to prospect summaries (July 1 | July 10 | July 17 | All-Star Game) from our summer-long coverage of the Northwoods League, we now turn our attention to the top prospects from the Major League Dreams Showcase. The event was held on Monday, August 6 and attracted 75 of the top prospects, as determined by league officials and MLB scouts, from throughout the 22-team league. The prospects participated in a day-long showcase of tools and talents with batting practice, extended I/O and ended with two, 9-inning games.

Today we review the pitchers. Tomorrow, the hitters.

A pair of power arms from the state of Texas stole this show, not only for their top velos of the day (see below), but also for their feel of secondary offerings and their quick work of the opposing lineup.

Mason Bryant, RHP, Texas, 2021– The power-armed Texan stood out for his 6-foot-5, 220 pound athletic frame and an easy, repeatable delivery. With loose arm action to a three-quarter slot he worked a quick 1-2-3 inning on just eleven pitches, eight for strikes. He attacked the zone with a 94-96 mph heater and an average 82-84 mph slider that has plus potential. Two of his three outs were strikeouts via the slider; one looking, the other swinging. After throwing 10.1 innings with 14 walks for the Longhorns last spring, Bryant has pitched 29.2 innings for Duluth this summer. Eleven of his 15 appearances have been out of the bullpen. Overall, he has struck out 44 while allowing 29 hits and 29 walks for a 6.37 ERA. The walks look to be a direct result of his tendency to pull off his line to the plate and lose balls wide to his arm side. Although he has a ways to develop in regards to his command and pitch ability, Bryant showed many characteristics of a Day One talent on this early August look at the Northwoods Big League Dreams Showcase. (Seifert)