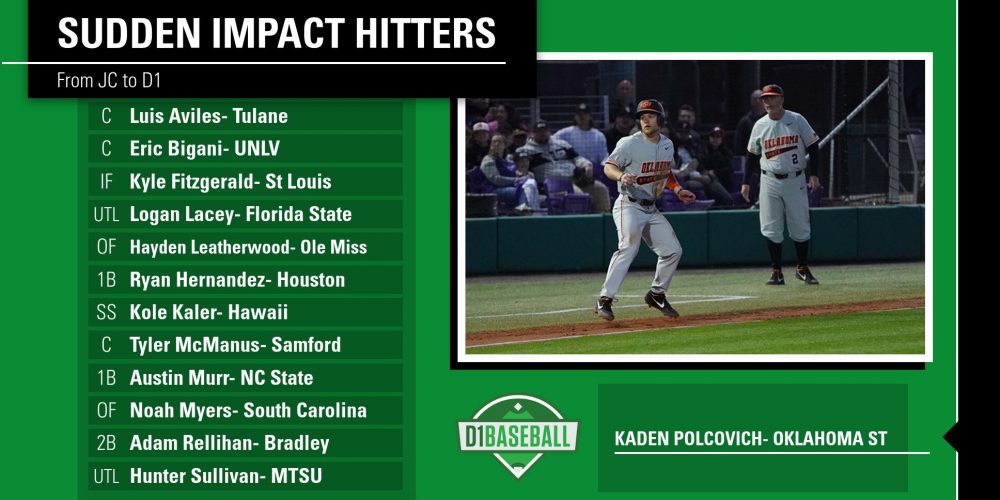 When four-year Division I programs recruit JUCO athletes the prerequisite is very simple: Find players who can contribute right away. Or better yet, provide the program with a SUDDEN IMPACT.

With typically only two years of eligibility remaining for JUCO transfers, long-term development is not in the cards. Today we identify a dozen of the top JUCO transfers who provided an immediate impact at their four-year college during the shortened 2020 season. A few of them have a chance to be selected during the upcoming draft, while most will return for a second junior season and will be even more ready to hit the ground running next spring.

Oraj Anu- Kentucky
– Anu is an Orlando native who has been drafted twice by the Boston Red Sox. First, out of high school in the 26th round and again in the 16th round last June out of Wallace-Dothan CC (Ala.). Last summer, Anu spent time in the Cape Cod League where he battled hamstring injuries throughout the summer, but still managed to show off his high ceiling toolset. He is the son of an Olympic sprinter and is normally a 6.5 60-yard runner. In the batter’s box, he showed plus to better power from both sides, generated with strong wrists. With plus bat speed he flicks his wrists and the ball jumps off his bat. However, he does struggle with offspeed, striking out 33 times in 105 regular season at-bats with just one walk. He’s also a plus defender who can run it down in the outfield when fully healthy. In his first season at the University of Kentucky the two-time JUCO All-American appeared in all 17 games, including 12 starts. The switch-hitter had an instant impact with the bat, finishing with a .294 average and a .971 OPS for the Wildcats.

Check out our full analysis and list by subscribing below!