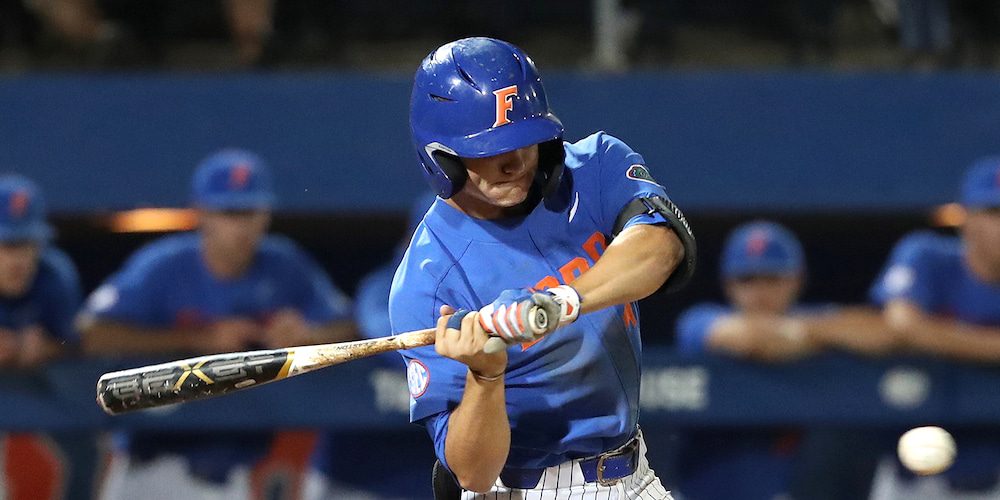 There were only four weeks of a college baseball season to look back on for many talented players when assembling our College Top 150 prospect rankings on Monday, but some things were just a certainty.

Vanderbilt righthander Kumar Rocker didn’t play this summer. He would’ve been a slam-dunk USA Baseball selection. But summer or not, he’s still the nation’s premier prospect with his blend of size, makeup and pure staff. Vandy teammate and freshman righty Jack Leiter didn’t get an opportunity to compete in an SEC contest in 2020, but this much is known: His stuff is elite and his makeup is certainly terrific.

LSU righthander Jaden Hill put on a show on the mound at the Shriners College Classic and looked like a premier prospect, Florida’s Jud Fabian is a tooled up outfielder who was on the way to having a strong spring campaign and UCLA’s Matt McLain, after a tough freshman season, was tooled up as usual and off to a terrific start before the season came to an abrupt halt.

Want more on the nation’s Top Five prospects? We have reports on Rocker, Leiter, Hill, Fabian and McLain.

Rocker has everything you want in a pitching prospect with size, athleticism, stuff and makeup. At 6-foot-4, 255 pounds and armed with plus command of a lively mid-90s fastball and a plus 82-85 mph curveball, Rocker became a household name in the 2019 CWS with his masterful, 11 strikeout performance against Michigan in Game Two of the best-of-three championship series. With continued good health look for Rocker to maintain his position atop the 2021 rankings and be considered at 1-1 when the draft rolls around next summer.

Check out all scouting reports by becoming a D1Baseball Subscriber!