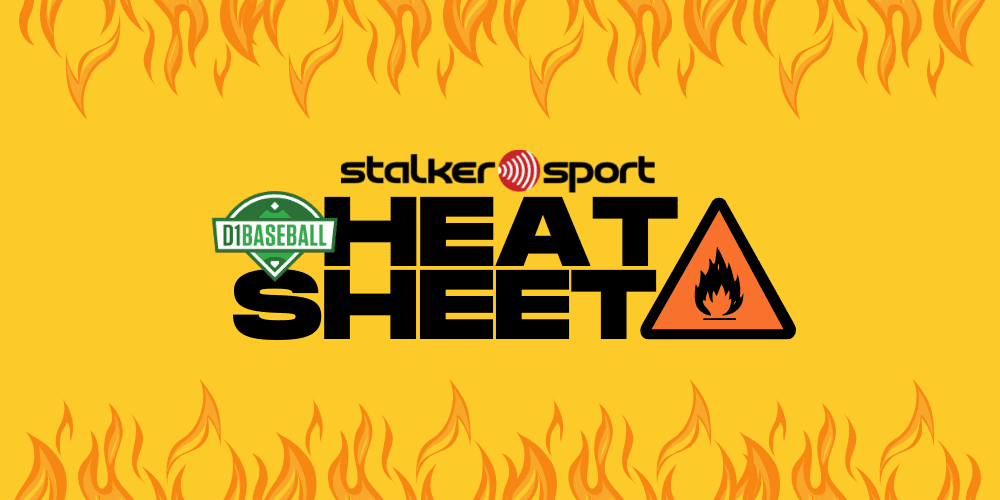 After staying on the sidelines without a Heat Sheet in Week Six due to a lack of new entrants, some power was restored in Week Seven.

Zach Maxwell (Georgia Tech) was moved back to the bullpen, where he pumped a 99 against NC State in Week Six. The big man was already on the Heat Sheet with a 97 bolt as a starting pitcher. He becomes the sixth power arm we’ve seen touch 99 or better so far this season.