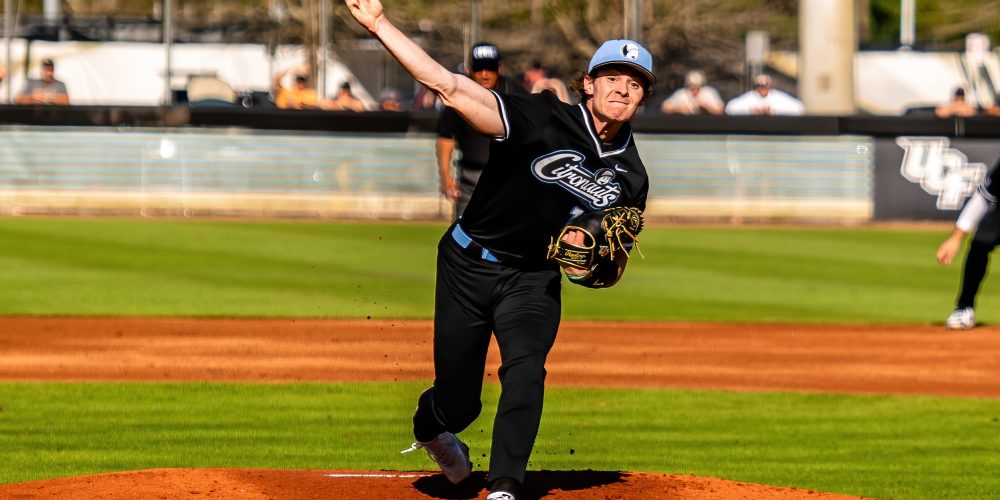 Today we take a look at several Right Handers with their draft needle pointing up. All of these risers were ranked in yesterday’s Midseason Top 150 MLB Draft Prospects.

Riley Cornelio, TCU– The 6-foot-3, 195-pounder arrived at TCU with high acclaim. And it’s been a tough road to this point, but Cornelio is finally reaching his potential. He had an ERA north of 4.91 in limited action last season as the Horned Frogs made some mechanical adjustments, while for the most part, his 2022 campaign has been filled with success. During his most recent start against Texas last Friday,[…]