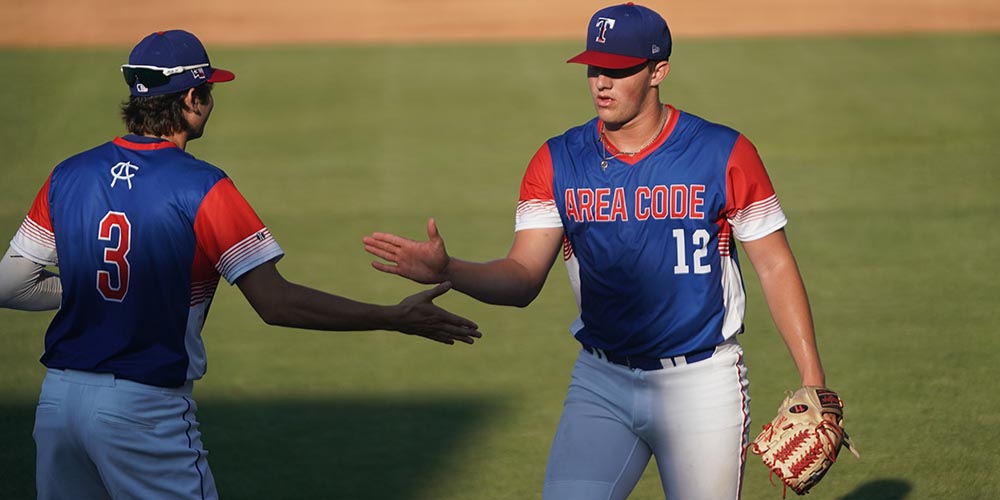 Strong-armed RHP Pierce George was one of the reasons the Rangers stayed unbeaten all week long.

SAN DIEGO — The 2021 Area Code Games officially came to an end on Wednesday, the fifth day. The Texas-based Rangers made sure it was a special day by winning the unofficial Area Code Games championship by virtue of the 5-5 tie they forged with the Athletics. Because of that result the PA announced the entire stadium would sing “Deep In The Heart Of Texas.”

Going into Wednesday, the A’s were the only team capable of catching the Rangers as they set up for their 8 am game. Which begs the question, should any championship be[…]