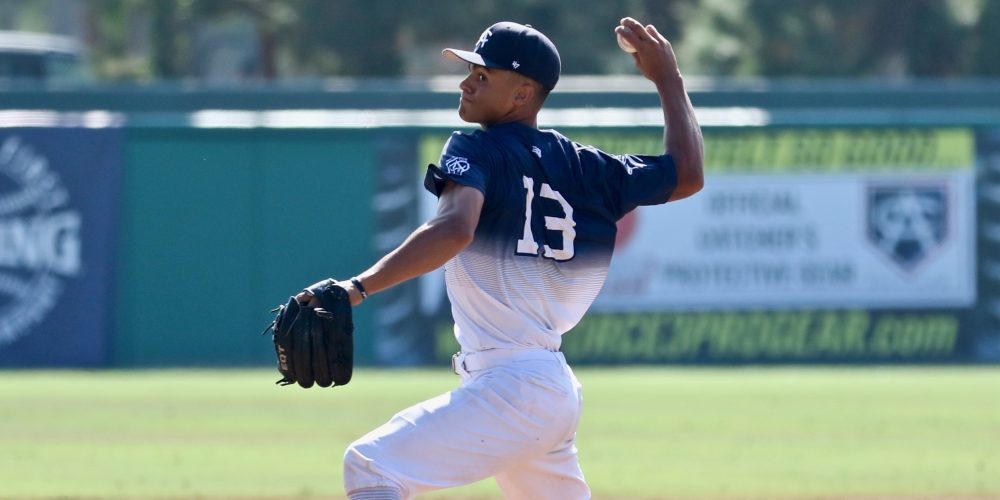 The 2018 high school draft class is beginning to take shape, and as is the case every August, the Area Code Games are once again serving as important proving grounds for the top amateur talent in the nation. Scouts and college coaches from around the nation have once again descended on Blair Field in Long Beach, California as they look to sharpen their evaluations and perhaps uncover more talent.

The event kept rolling on Wednesday, as a packed house of scouts settled in for four games of top prospect action. There were a number of intriguing highlights, including some standout pitching performances and a number of top flight hitting performances. Here’s a look at some of the standout performers from day four.

When you talk to scouts about Brice Turang, the thing they will tell you is that you need to watch him consistently to completely understand how dynamic of a player he is day in and day out. His tools speak loudly, yes, but it’s the day to day things he does on a baseball field and tremendous amount of maturity he brings to the diamond that make him arguably the best high school player in the country at this point. Turang has shown slick hands on defense at shortstop this week, and he’s also shown elite, potentially better than plus speed. He posted a 4.08 home to first time and has shown tremendous acceleration and instincts as he’s taken extra bases.