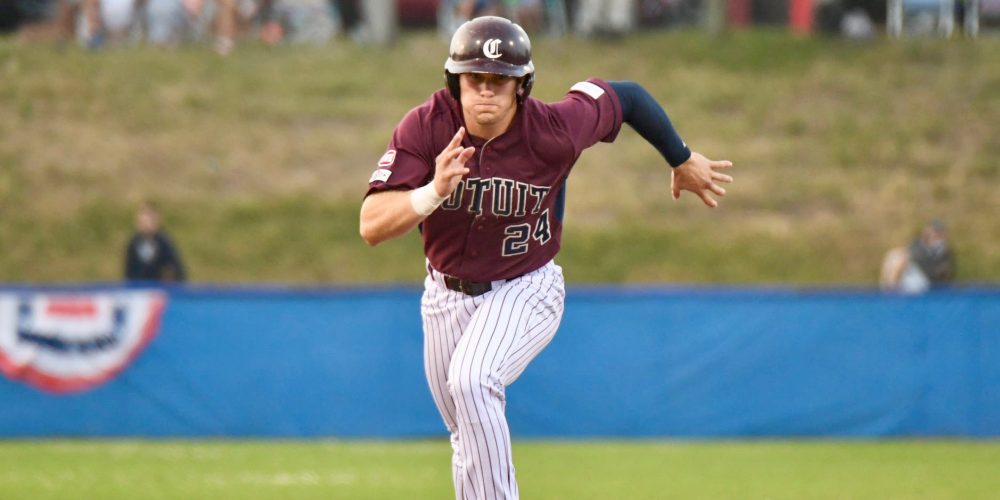 Creighton's Will Robertson shined for Cotuit this summer (Aaron Fitt)

Our Cape Cod League continues with analysis of the Cotuit Kettleers, where premium bats from power conferences stand out among a deep roster.

Duke was profiled in our earlier prospect coverage this summer. The speedy, left handed hitting outfielder put up solid production across the board for Cotuit. No questions about his defensive ability, it’ll all come down to whether or not the bat plays. While he most likely won’t develop into a power threat, Ellis showed terrific plate discipline and got on base at a .421 rate.

6’5, 220 pounds. Extra-large, developed frame. Noticeable presence as soon as he steps onto the diamond. Toglia saw quite a bit of time in the OF this summer but he’s a below average runner who projects long-term at 1B. Got down the line between 4.44 and 4.59 from the right side. Although he’s not a burner, he’s light on his feet for his size. Switch hitting ability enhances his prospect status. Simple, square set up from the right side. Subtle forward step to get into his load. Quick hands with a level swing. Bat path got steep at times when his weight fell forward too soon. Hands occasionally push to the ball and make it difficult to lift anything. Better hand path as a lefty with a level barrel through the zone. Stays in his legs more consistently. Flashed pull-side power with low effort. Overall, powerful college bat who is a threat from both sides of the plate. Potential early round pick in 2019.