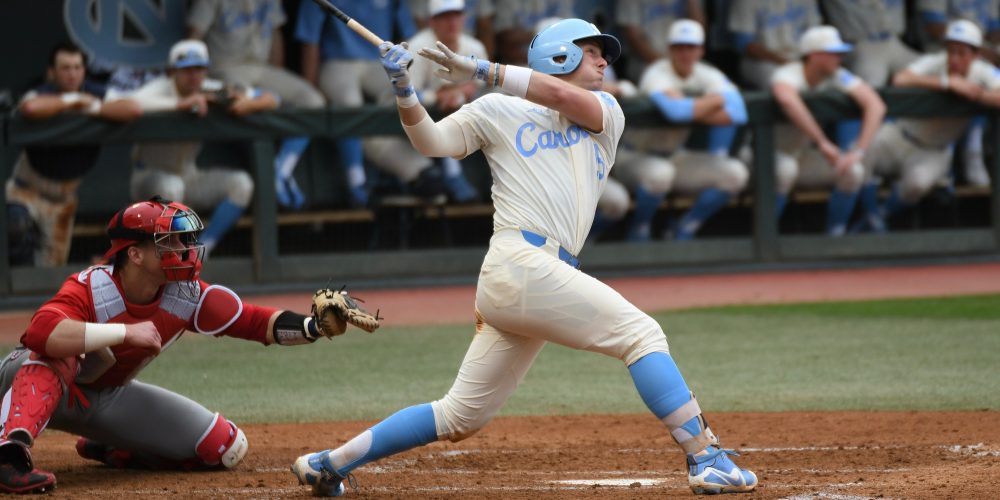 Now that we’ve ranked the Cape Cod League’s top 40 hitting and top 40 pitching prospects for the 2019 draft, it’s time to see how the league’s prospects line up by position, combining 2019 and 2020 draft-eligible players. Here’s an in-depth look at the league’s top corner infielders, plus others to watch:

This year’s winner of the Golden Spikes Award, Vaughn was the best of the best hitters in college baseball slashing .402/.531/.819 with 23 home runs for the Cal Bears. Scouts look for hitters who are direct to the ball with power to all fields, and that’s precisely what Vaughn brings to the park. At the plate he set up with a even stance in the back of the box. Used a leg kick for timing/load, although he seemed to rush getting it back down to the ground at times. Combined great strength with good bat speed. Separated well, was short to the ball, long through the zone and had good extension to finish his swing. Took quality at-bats and produced consistent, solid contact. Vaughn has a superior track record of hitting, especially this past spring when he Showed an average arm with average defensive abilities at first base. At 5-foot-11 he does not have the perfect profile for the position, but his bat does. Expect him to be an early pick on Day One of the 2019 draft.

Along with Matt Wallner (Southern Miss), Busch is another Class of 2016 Minnesota prep who has turned himself into one of the top college bats for the 2019 draft. Unlike many hitters who bat opposite their throwing side, Busch does not have a weak top hand in his swing. Credit his youth hockey days for this ability. He is up there to damage the baseball. Set up in a slightly