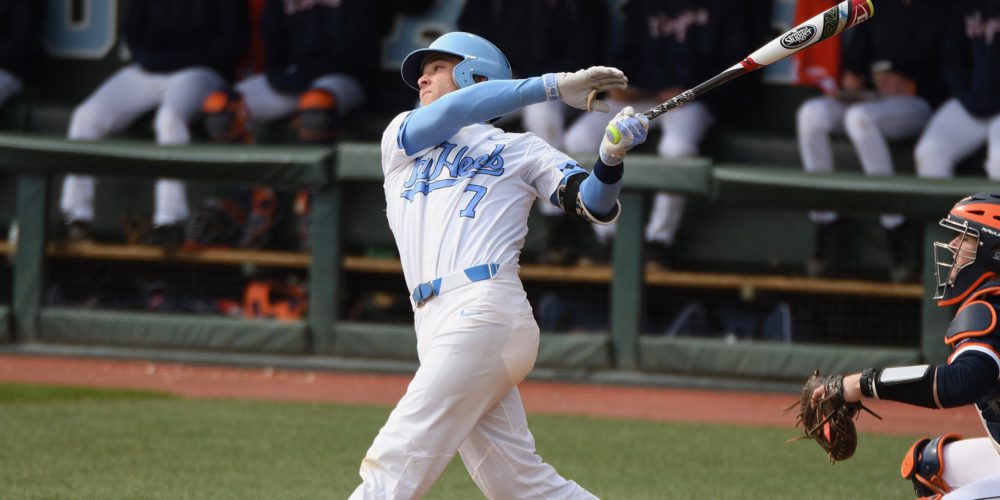 Now, let’s take a closer look at some of the latest prospect nuggets from around the world of college baseball during week five.

– You could make a very strong case that no college position player has done more to solidify or increase his draft stock than Logan Warmoth (North Carolina) has during the first month of the season. Scouts wanted to see his power play more in game action, and he’s accomplished that. They wanted to see some more defensive consistency and he’s tightened that up as well.  The righty swinging shortstop picked up another four hits over the weekend, including his fourth long ball of the year. He’s viewed as a likely second baseman at the next level, but scouts see him as a potentially dynamic offensive force there, displaying a dynamic hit tool and above average power and barrel life. Warmoth has made himself a strong candidate to go in the first 20 overall picks in this year’s draft.

– If you’re on the lookout for K-State prospects, the arm you want to watch is 6-foot-2 senior lefthander Jordan Floyd (Kansas State). After two more scoreless relief appearances this weekend, Floyd maintains an ERA under one and has shown significant strides in the command department. He’s also shown a hopping 90-94 mph fastball to go with a true swing and miss slider. The two-seam action on his fastball has also impressed scouts.

– A 6-foot-4 junior transfer righty, it turns out that Justin Heskett (Kansas State) was just what the K-State rotation needed this spring, as he’s posted a 2.60 ERA over the first month following another seven superb innings this weekend. He has a full four pitch mix, works out of a deceptive delivery with some funk to his arm action and has shown very advanced command. He pitches mostly at 87-89 mph, but attacks the zone effectively and has an excellent feel for when to mix in his breaking pitches.

(Want more College Prospect Insider? Check out scouting notes on more than 40 additional players from this week’s action in our latest edition by clicking below to subscribe.)