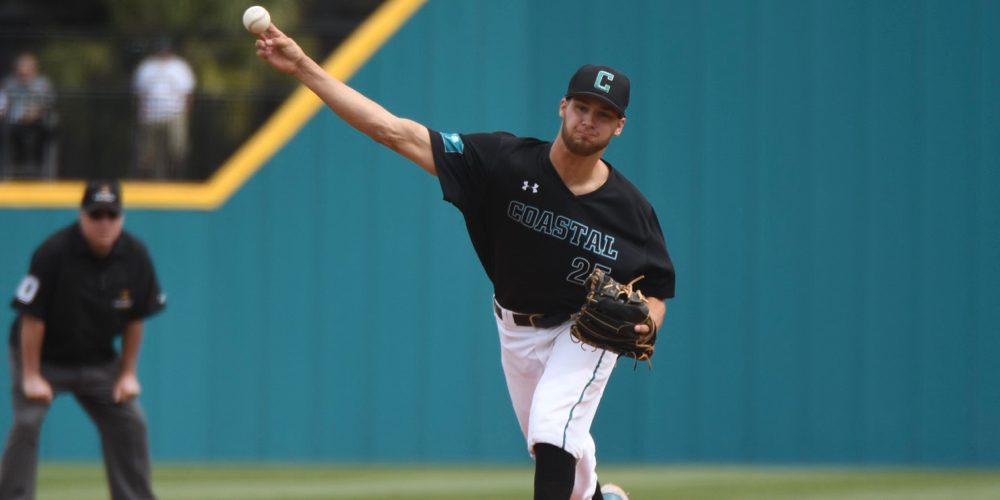 David Seifert spent the last decade working as an area scout and a crosschecker with the Philadelphia Phillies. Now he’s beating the bushes on the scouting trail for D1Baseball and Prep Baseball Report. Here’s his breakdown of the top talent on display in Myrtle Beach this past weekend, along with some other first-hand accounts provided by the D1Baseball/PBR prospects team.

INDIANA (3-1): The 23rd ranked Hoosiers proved that they belong in the Top 25 and are picked to win the Big 10 this season. This Hoosier club is experienced and well-rounded. Offensively, they have Thunder and Lightning. The Lightning begins with centerfielder Logan Kaletha in the leadoff spot, then travels to the bottom of the order with fellow outfielders Lauren Eustace and Matt Gorski. Those three combined for seven stolen bases in their four games at the Beach. The middle of the lineup provides the Thunder with Luke Miller and Logan Sowers for now, and Matt Lloyd once he finds his swing. Lloyd was out of sorts this weekend, but that won’t last for long. Indiana also has a pitching staff of dependable arms with many different looks out of the bullpen. The staff is led by Friday night starter Jonathan Stiever, a super competitive righty who mixes three pitches, including a 90-94 mph fastball. Overall, the Hoosiers were the most impressive club at the Beach this weekend.