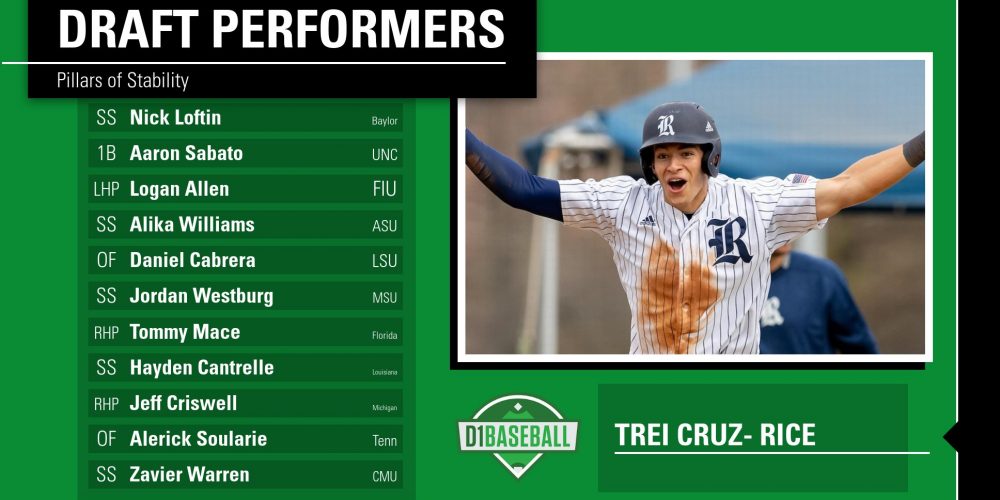 While Draft Risers typically receive well-deserved attention for their strong performance which allows them to jump up Draft Boards, our Draft Performers: Pillars of Stability represent a different dynamic. These prospects put themselves on the map early and continued to shine at a steady level throughout the past year or better.

〈
Previous Article Then & Now: Louisville's Bobby Miller
Next Article Off The Top Of My Head: Revisiting The Roundtable Picks
〉