Oklahoma righthander Alec Hansen started fall workouts with a bang. And while he's someone that could go 1-1 in the draft, Frankie Piliere details other early leaders.

Oklahoma righthander Alec Hansen and his overwhelming fastball are no secret in the scouting and college baseball world. His sophomore season in 2015 served as his coming out party of sorts, as his tremendous raw ability began to fully equate to quality and consistent results. There were still lapses of command, however, as he varied between being an overpowering force to a pitcher who was not quite a finished product in the eyes of scouts. But, this fall, it appears he’s begun to take another major step in that direction.

In the process, by looking as sharp as he has during his early outings in fall practice, the Sooners’ ace pitcher has placed himself squarely in the middle of the race for the top overall pick in the 2016 Major League Baseball draft. 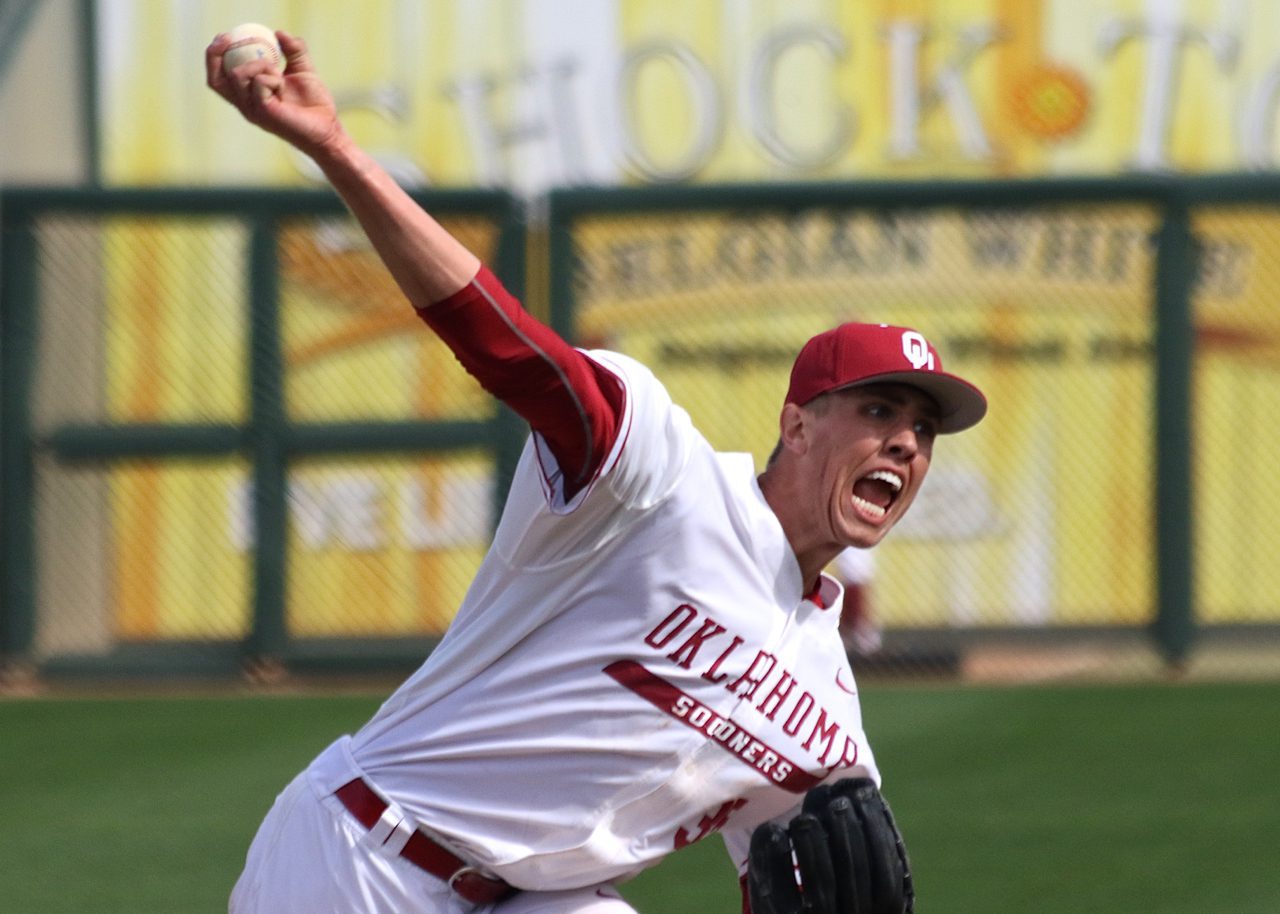 Alec Hansen has a chance to be the top pick in the draft with a consistent spring. (Shotgun Spratling)

In his most recent outing, with a number of crosscheckers and area scouts on hand, Hansen was a true eye opener. Of course, these scouts have seen the explosive raw stuff from him before, but it’s the command of his secondaries and comfortability repeating his delivery that has jumped off the page headed into preparation for next spring.