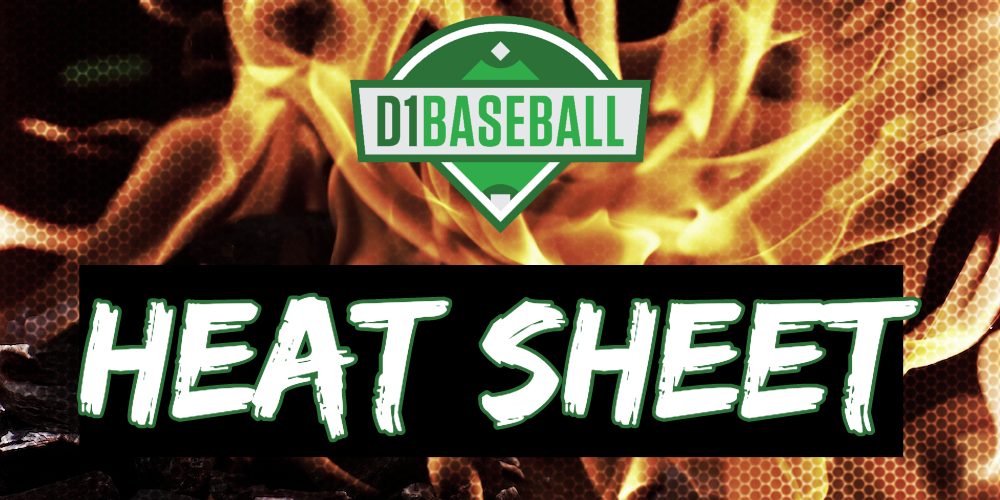 During the final week of the college baseball regular season for most conferences, it was a cool week for the Heat Sheet. Just two new members; a righthanded starter for Florida State who was up to 97 in his start against Louisville, and a North Carolina righty who touched 96 against NC State.