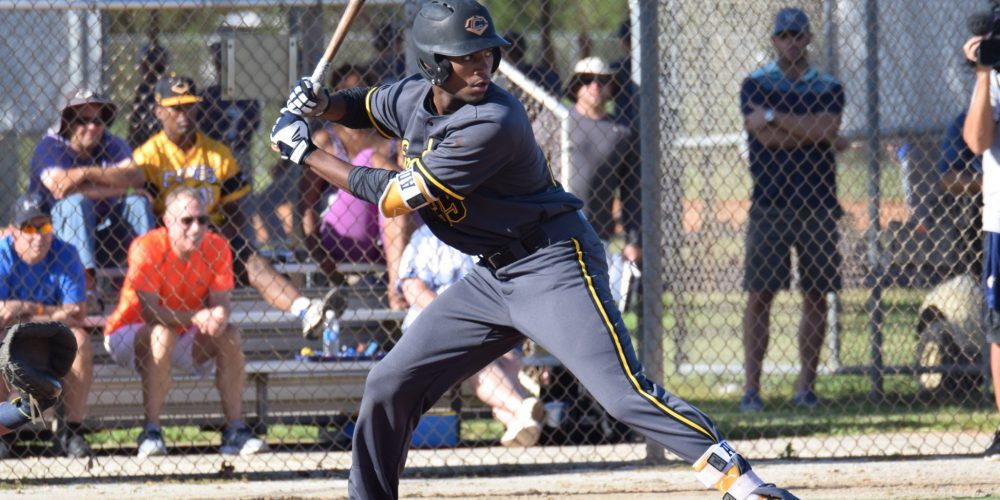 JUPITER, Fla. — The first day of the Perfect Game World Wood Bat Association World Championship typically showcases some of the event’s best arms, who are fresh in their first appearances of the week. There wasn’t a ton of premium velocity on display Thursday, but 13 players touched 92 mph or better (according to PG’s official TrackMan data), and 43 players bumped 90 or better.

I spent the day wandering from field to field filling up my notebook with observations on players who stood out. It’s impossible to see everybody at such a sprawling event, of course, but here are some players who caught my eye.

• Under first-year head coach Mervyl Melendez, Florida International has made a splash on the recruiting scene, signing four players who ranked among D1Baseball’s Top 50 High School Prospects for the 2017 draft last month. None of those players were Wilberto Rivera, a 6-foot-4 righthander who showed the best velocity of any pitcher Thursday. Rivera, a native of Puerto Rico like fellow FIU premium signees Johnathan Rodriguez and Heliot Ramos, created a stir Thursday by pitching at 92-96 mph, averaging 93.6 per TrackMan. He struck out five of the first six batters he faced, blowing hitters away with heat. He’ll need to improve his sweeping 75 mph breaking ball, but his arm strength and prototypical pitcher’s frame are tantalizing.