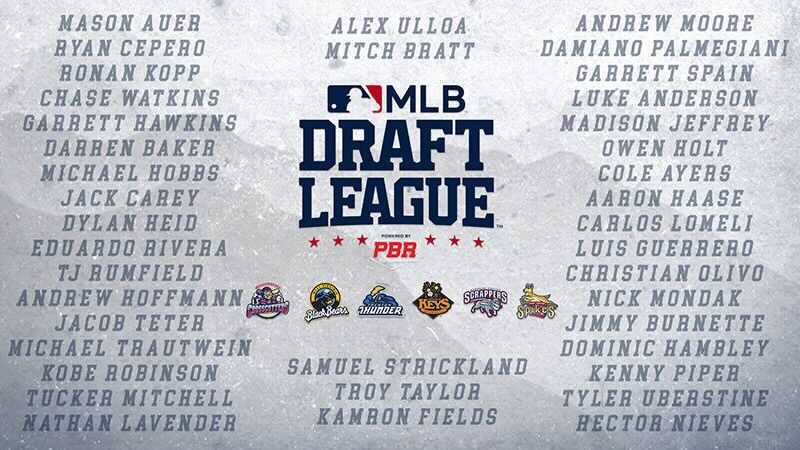 “I want to congratulate the young men from the MLB Draft League who were selected by Major League teams,” said Draft League president Kerrick Jackson. “Our main objective in the league is to foster an environment for growth, development and evaluation that ultimately provides every Draft League player an opportunity to begin their journey toward reaching the Major Leagues.

“To have the number of players selected that we did in the first year is a sign of the endless potential that this League possesses. We look forward to hosting future Major Leaguers for years to come.”

Draft League players were twice selected with consecutive picks — the first bridging the gap from Day 2 on Monday (Michael Hobbs, Saint Mary’s, No. 312 overall) into Day 3 (Jack Carey, Duke, No. 313 overall). There also were 12 instances in which multiple Draft League players were taken within a six-pick span including in the 17th round, when Carlos Lomeli (Saint Mary’s, No. 493), Aaron Haase (Wichita State, No. 495) and Luis Guerrero (Chipola JC (Fla.), No. 496) were taken within a four-pick stretch.

Collegiate players accounted for 82 percent of the league’s draft picks, with pitchers comprising 66 percent of the group, and a total of 10 players, including eight pitchers, were drafted out of the JUCO ranks.

Overall, 21 MLB clubs tapped the Draft League for talent in the 2021 Draft.

Author Details
PBR Staff
Sorry! The Author has not filled his profile.
duncan@prepbaseballreport.com