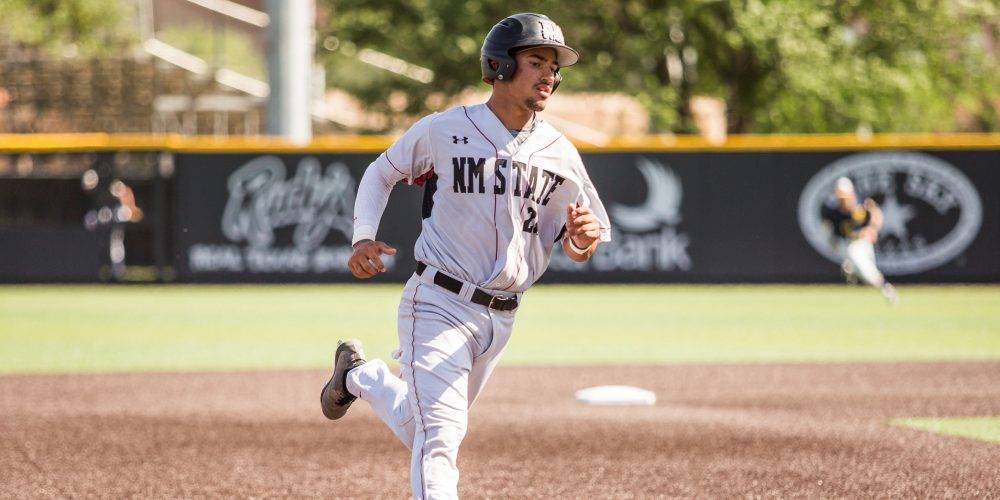 Top prospects who stood out during Week Two of our coverage of the Cape Cod Baseball League.

Nick Gonzales, 2B, New Mexico State, 2020– In just two years the 5-foot-10, 190 pound right-handed hitter has gone from an overlooked prep to one of the best hitters in college baseball. After receiving consideration for the Golden Spikes Award (D1 Baseball Spotlight) with a slash of .432/.532/.733 with 16 HRs and 80 RBI as a sophomore last spring, Gonzalez came to the Cape with high expectations, both for himself and from the scouting community. And in the Cape, he has done nothing but rake. Currently, 5th in the league with a batting average of .331, he has a short stroke with good bat speed. He’s a confident hitter who hits at his own pace in the box. His pure swing also has good extension, producing extra base power with seven HRs and nine doubles in 124 at-bats. The ball jumps off his bat with backspin. Gonzales mainly uses center to left field and controls the strike zone with a keen eye and a very still head, allowing for good pitch recognition. Although he tends to get out front at times, he controls the barrel and consistently puts the bat on the ball with just 16 strikeouts in 34 games. On the base paths