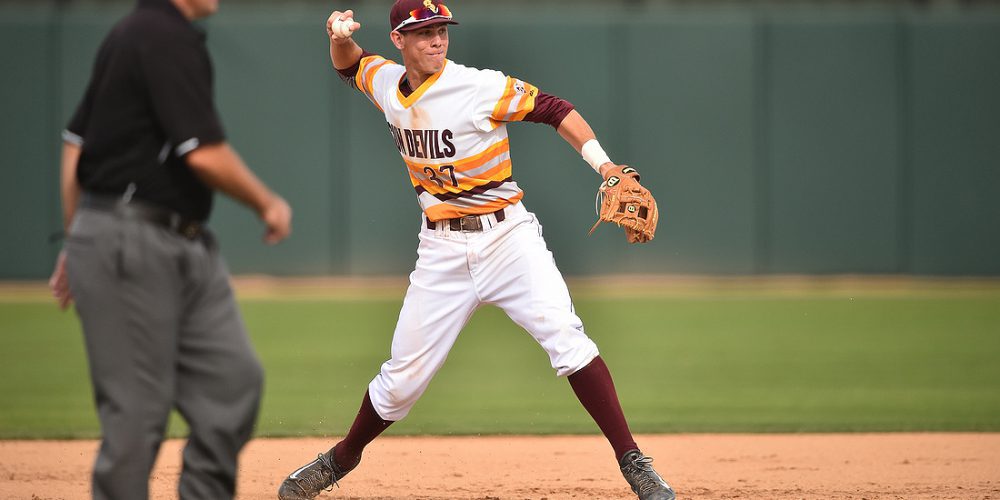 Colby Woodmansee is an impressive prospect to watch for 2016. (Arizona State)

Now that our official early top 50 lists for both the college and high school ranks have been released here at D1Baseball.com, it’s time to delve deeper into the prospects that showed up on these lists. As the offseason moves along, we will release batches of scouting reports on the highest profile prospects from around the nation in the college and prep ranks. And as the draft quickly approaches in the spring, we will continue updating our database of reports. All reports will be based on both first-hand scouting observations, as well as a vasty array of industry opinions.

As we moved through the process of releasing these reports over the course of the offseason, they will be grouped in a variety of ways. Our first and primary way of grouping these players will be by school, noting the top draft prospects in the program’s recruiting class and on their present roster. These breakdowns do not include each draftable talent associated with the program, but instead serve as a glimpse of the consensus. To go with each scouting report, we will include a grade on the prospect’s best tool in the eyes of scouts, using the industry standard 20-80 scale as our guide.

Arizona State has one of the elite recruiting classes in the nation, netting three players in our high school top 50 list. But the Sun Devils also lay claim to some potential high draft choices on their current roster, beginning with star shortstop Colby Woodmansee and flame throwing righty Hever Bueno. Let’s take a closer look at the top draft prospects ASU has in its recruiting class, as well as on its current roster.