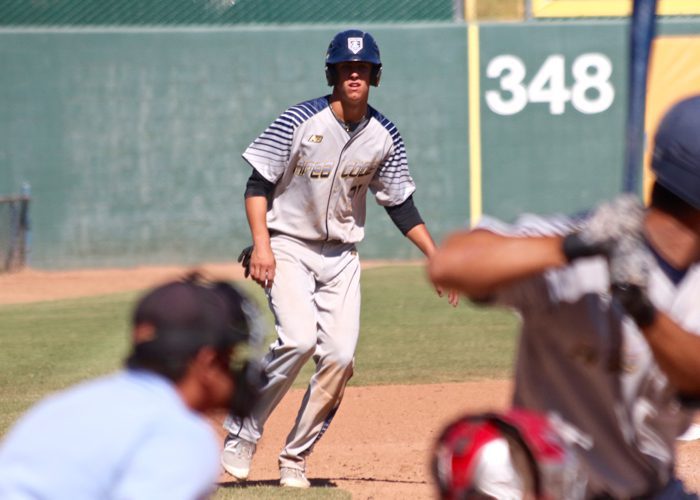 LONG BEACH, Calif. — Scouting prospects/recruits is often about piecing together information. How does a player look defensively? Can he make the routine and the spectacular plays? Is he a stolen base threat? How did a player look against a right-handed power pitcher versus a soft-tossing lefty? Does he have pop in his bat? Can he consistently hit?

One game may give an indication about a player’s fielding while another might better showcase his baserunning ability and, yet, another shows whether he can hit a legitimate fastball. College coaches and scouts then process that information bit-by-bit and determine the caliber of talent as well as what can be tweaked to improve the player’s potential. That’s why scouts attend so many games and why one look at a player is almost never enough.

Well, that is unless the prospect puts it all on display in one game the way Langhorne (Pa.) Holy Ghost’s Nolan Jones did Saturday at the Area Code Baseball Games at Blair Field. Jones was absolutely sensational, doing a little bit of everything for the Yankees (Northeast) team in a win over the Reds (four-corners). Jones, a 6-foot-4, 185-pound athlete listed as a shortstop/third baseman/right-handed pitcher, showed he could handle the hot corner. He made scoops on tough short hops. He showed his really quick hands to vacuum up a hard grounder, transfer and fire the ball to second base to start a potential double play.

The Virginia commit showed his baserunning ability in a couple of different ways. The Yankees made it a point to be ultra aggressive on the base paths and push the envelope as much as possible. Jones scored the second run of the game in the middle innings when he got a good read on the pitcher from second base and took off for third. He slid in safely and came around to score after the throw went into left field (the second time on the day that the Yankees scored on an errant throw trying to nab a base stealer).

But where he stood out the most was at the plate. It didn’t matter what the Reds threw at him, the left-handed swinging Jones hit it and he hit it hard. He produced exit speed velocities of 99.7, 94.1 and 104.3 on three hits that were all to the backside. He stayed back and lined the first 169 feet over the 5/6 hole. On his second hit, he jumped on the first pitch and hit a singled 233 feet to left field. Tired of singles, Jones cranked his final hit into the left-center field gap, knocking the pitch 362 feet. The ball shot all the way to the wall and Jones raced around to third base, showing his speed on an RBI triple.

Here’s a look at some other prospects who stood out in Saturday’s action: 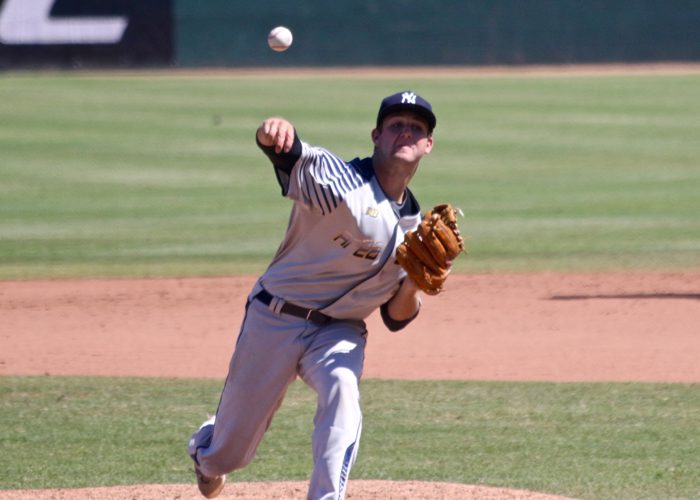