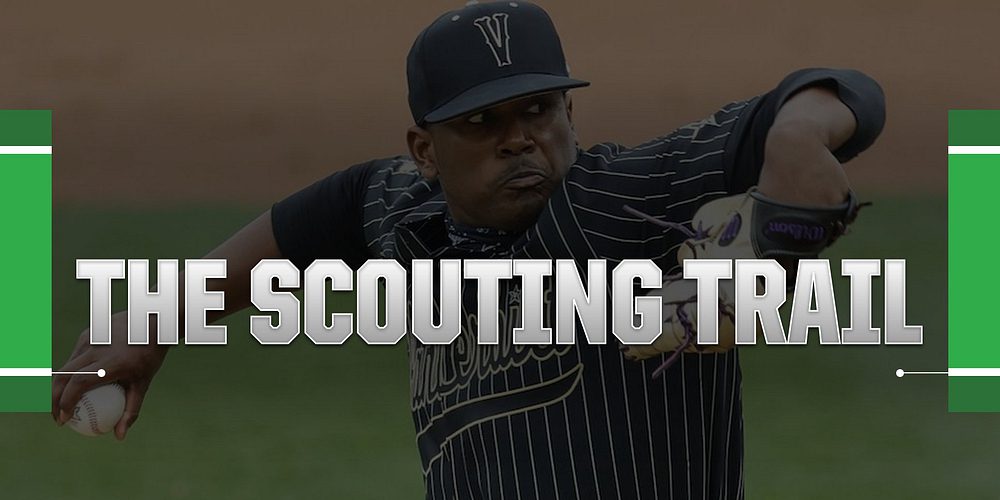 On the road for a 10-day scouting trip through SEC country, Week Five began in the Music City. Having heard so many superlatives about our No.1 and No. 2 ranked prospects since opening weekend, the time was now to see Kumar Rocker and Jack Leiter as No. 2 Vanderbilt hosted No. 16 South Carolina.

No. 1 Kumar Rocker, RHP, Vanderbilt– What more can be written about our top-ranked college prospect for the 2021 draft. He’s earned this status the past two seasons and entered this season’s SEC Opener having not allowed an earned run in 2021. Despite another dominant outing,[…]