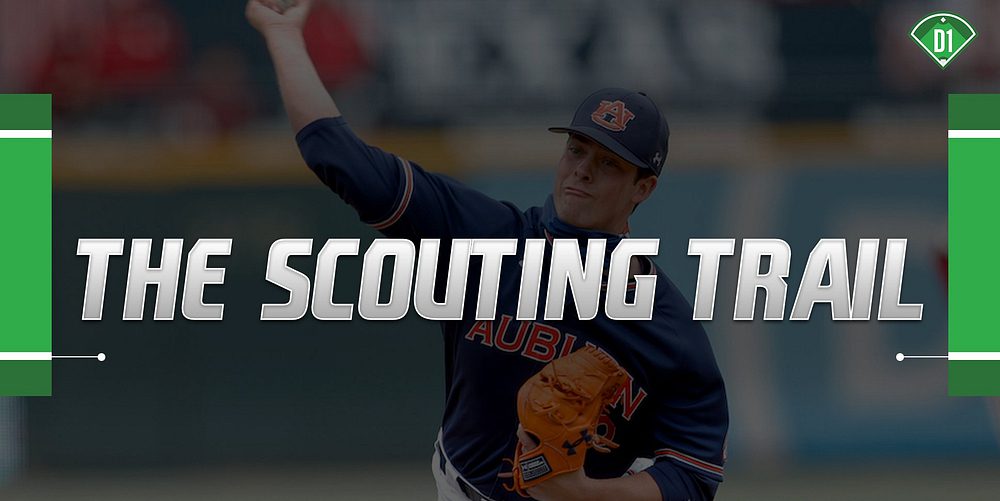 Continuing on from my travels in Nashville to see Vanderbilt vs South Carolina in Week Five, I headed south to the Heart of Dixie. After a midweek of rain cost me looks at LSU vs Tulane and Southern vs South Alabama with No. 17-ranked  prospect Ethan Wilson, I traveled to Auburn for their SEC matchup against Kentucky.

No. 9 Richard Fitts, RHP, Auburn– After a tremendous fall season that earned him recognition as one of most improved prospects in the country, Fitts was elevated from the Tiger bullpen to the starting rotation this spring. After three starts, a foot[…]