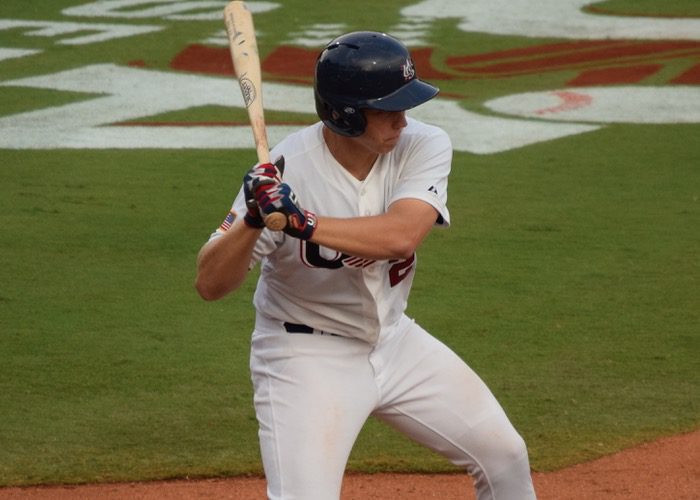 Players who make the USA Baseball Collegiate National Team the summer after their freshman years are typically the cream of the crop. From 2008 to 2013, 31 rising sophomores made the CNT, and 13 of them (42 percent) went on to become first-round picks. A total of 18 (58 percent) wound up being drafted in the top three rounds, and 23 of them (74 percent) would become top-five-rounders.

This year’s group of eight rising sophomores looks like it has a chance to compare with the banner groups of 2012 (which included Michael Conforto, Carlos Rodon and Trea Turner) and[…]