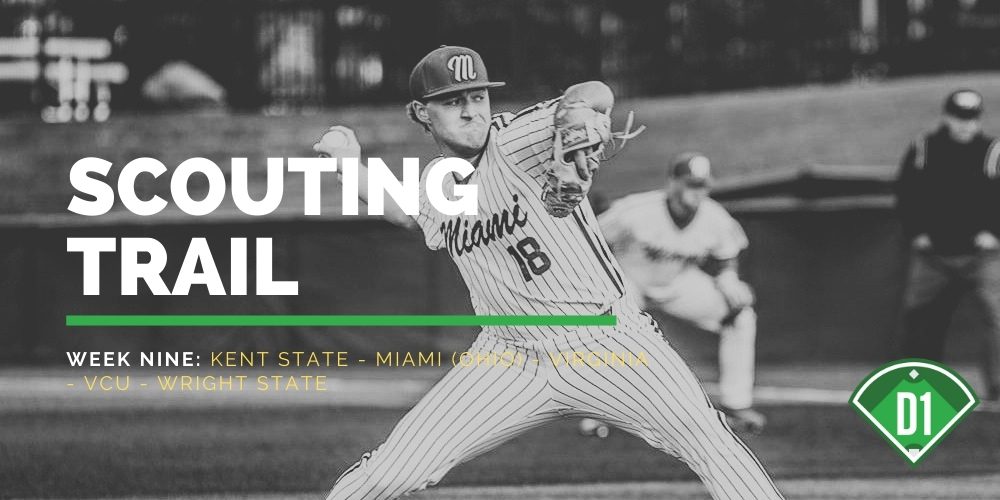 Having started down the road with evaluating Midwest arms during Week Nine of the Scouting Trail, my travels continued to the Cincinnati area for some Mid-American Conference action. First, I decided to grab some at-bats from one of the top hitters in the region, as well as a few innings from Wright State righty Jake Schrand. I also ran into a behemoth of a man, NKU’s Griffin Doersching who stands 6-foot-4 and weighs 250 pounds. He looks like he wrestles grizzly bears for fun in the offseason and was also the winner of the 2019 CWS HR Derby.