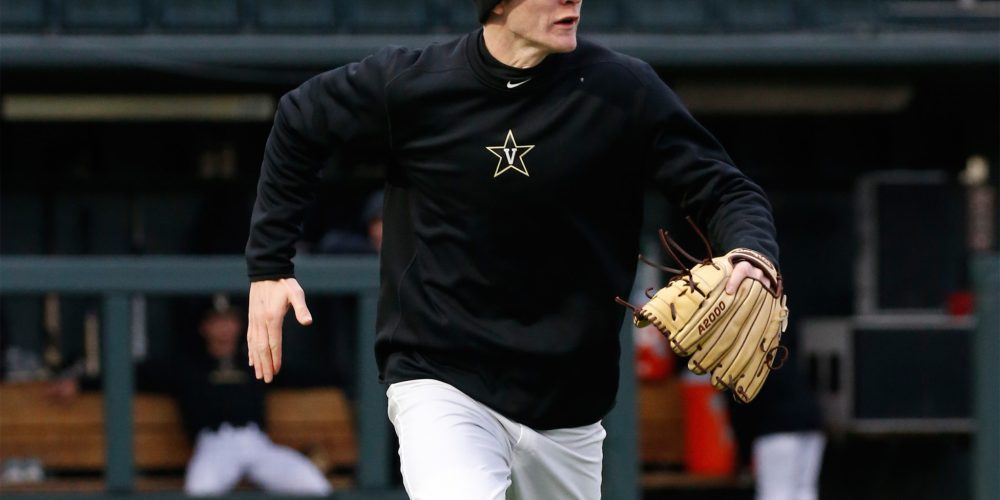 Chandler Day is the premier prospect in the new freshman class. (Vanderbilt)

Every year, the freshman crop generates optimism among coaches and scouts. We’ve yet see the blemishes that are sure to appear on the players’ resumes, and any weaknesses they do have are yet to be fully exposed. But even when considering that high degree of optimism, it’s hard not to be fascinated with just how particularly special this 2016 crop of freshmen in college baseball may end up being.

Spearheaded by polished, monstrous classes from powerhouses Florida and Vanderbilt, who have a combined 12 players on our Top 100 list, this is a crop littered with high-end talent. It’s such a talented crop, in fact, that there are players who narrowly missed our list that still legitimate shots to become early draft picks by 2018.

Vanderbilt righty Chandler Day tops our 2016 list coming off what was an electrifying fall in which he showed an exploding 93-95 mph fastball and advancing secondary stuff. Texas A&M’s Tyler Ivey, TCU’s Luken Baker, Stanford’s Tristan Beck, and a pair of dynamic Florida righties, Jackson Kowar and Brady Singer, all set the tone for what looks like a very pitching-heavy class. If you’re looking for a sleeper of sorts, don’t sleep on Coastal Carolina RHP Jason Bilous, who is returning from injury and has shown the extra-easy 92-95 mph fastball and swing-and-miss secondaries to vault to the top of this list.

Early enrolling prospects like extra-toolsy two-sport superstar Brandon McIlwain (South Carolina) and polished lefty bat Seth Beer (Clemson) add another intriguing layer to this class. And although this group has an early reputation for pitching prowess, the degree of polish in its toolsy position players is also eye opening. Players like Beer, as well Vanderbilt SS Connor Kaiser and Oregon State SS Nick Madrigal, not only show draft tools, but are also ready to make a major impact at the college level right away in 2016.

Players who will be eligible for the 2017 and 2016 drafts were considered for this list even if they already appeared on our top prospect lists for those years, and this list differs from our “Impact Freshmen” lists in our conference previews. This is not a list that only considers 2016 impact, but instead more heavily weighs the long-term potential for the listed players as future draft prospects. Recent developments and improvements in players since arriving on campus were also heavily considered.