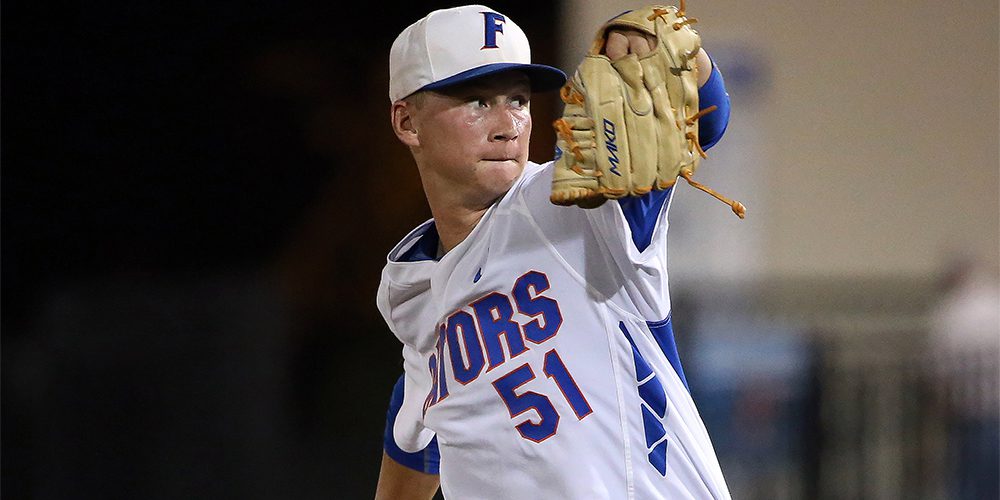 The 2017 draft looks set to be dominated by star players from the college ranks in the early part of the first round, and if early indicators are correct, the 2018 class could shape up to be very similar. Along with an unusually deep crop of current freshmen who will be eligible next year as sophomores, this current crop of sophomores looks like another exceptional one.

Arguably more balanced in its dispersion of pitchers and hitters, the 2018 crop has players that stepped directly into stardom in the early part of their college careers. Late bloomers will of course burst onto the scene this spring and summer, but what stands out about this group is the immediate performance of players like Luken Baker, Seth Beer and Brady Singer. Singer didn’t experience the same level of dominance those other two did in 2016, but has earned a similar reputation over a dominant summer and fall.

Pitching will again be a big story overall, as 14 of our top 20 players on the list primarily do their work from the mound. But this class is strongup the middle with shortstops as well as catchers, with backstops like Cal Raleigh and Chris Cullen looking primed to break out in 2017.

Much will change as the season gets underway, and there will be significant variation in opinion this far out from the 2018 draft. This list represents a consensus obtained through thorough research, polling coaches and scouts from all parts of the country, and an influence from the scouting observations of national writers Frankie Piliere, Aaron Fitt, and Kendall Rogers.