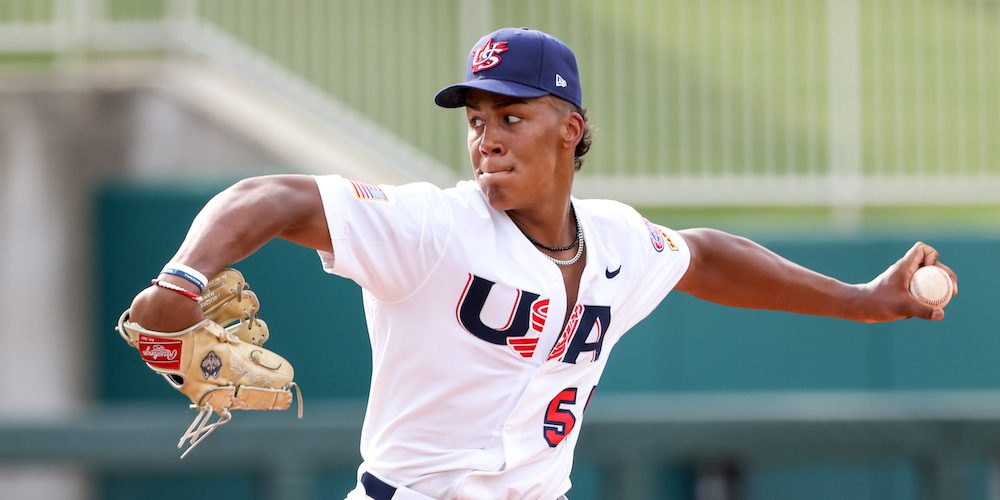 Connecticut two-way star Reggie Crawford, one of the nation’s premier 2022 MLB draft prospects, is expected to miss the spring season after recently suffering an arm injury that is feared to require Tommy John surgery.

The news of Crawford’s injury is crushing for both him and a UConn club that was trending the right direction entering fall workouts.

Crawford, a 6-foot-4, 235-pounder, was riding high as the No. 4 prospect in the 2022 College Class after putting together an outstanding summer with the USA Collegiate National Team. There, the elite lefthanded pitcher was anywhere from 95-98 and up to 99 mph with his fastball with a spin rate around 2500-2600 RPM from a three-quarter slot. He also showed a quality breaking ball in the low-80s and was certainly an early potential 1-1 candidate in the draft.

What’s most frustrating about Crawford’s situation is that he was just learning how to pitch under heralded UConn pitching coach Josh MacDonald. The sophomore busted on the scene in a big way as a true freshman back in 2020 … but as a hitter. He hit .365 with a home run and 16 RBIs in the shortened season and made just one appearance on the mound. This past season, he hit .295 with 13 home runs and 62 RBIs, establishing himself as one of the nation’s premier hitters. He also made six appearances on the mound — one start — with a 2.35 ERA in 7.2 innings of work.

Crawford was expected to see a much heavier workload in 2022 with a likely move to the weekend rotation. Now, he will focus his efforts on rehabilitation.

Though Crawford is unable help the Huskies in the spring, his stock as a prospect took a hit but didn’t receive a devastating blow. Crawford still has little mileage on his arm, and his stuff with Team USA this past summer was undeniable. Additionally, there are plenty of examples of supremely talented pitchers still going in the first round after being injured. Crawford is no different, and he’s still a safe bet to be a first-round selection.

UConn heads back to the drawing board without one of its best, while Crawford aims to come back stronger than ever.