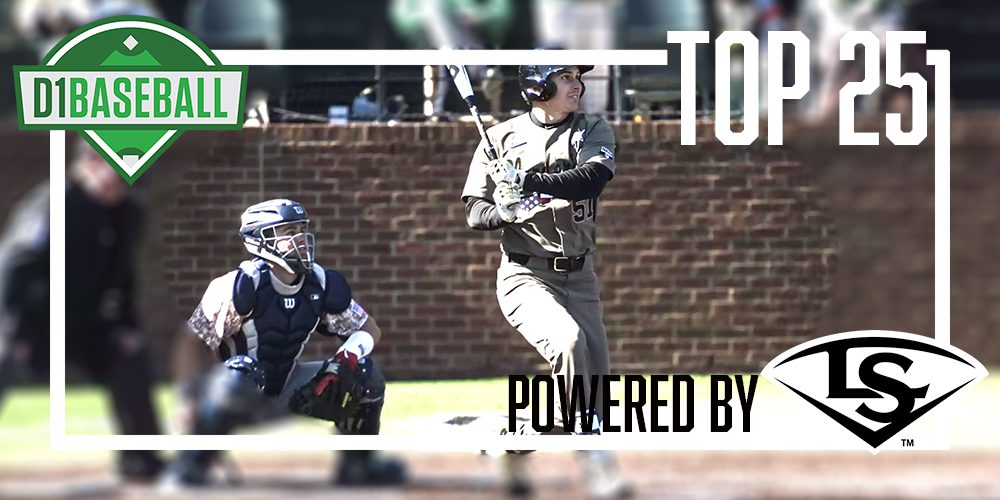 J.J. Bleday helped Vanderbilt cruise past Pepperdine and remain at No. 1 in the D1Baseball Top 25

Vanderbilt remained No. 1 in the D1Baseball Top 25 rankings, powered by Louisville Slugger. The preseason No. 1 Commodores improved to 5-1 on the season with a win over Evansville and two wins against Pepperdine in an unbeaten week. LSU, Texas Tech and UCLA held steady in the next three spots after winning series against Bryant, Kentucky and Georgia Tech, respectively.

Florida fell two spots from No. 5 to No. 7 after posting a 2-3 week, despite winning its annual rivalry series against Miami. That allowed the[…]