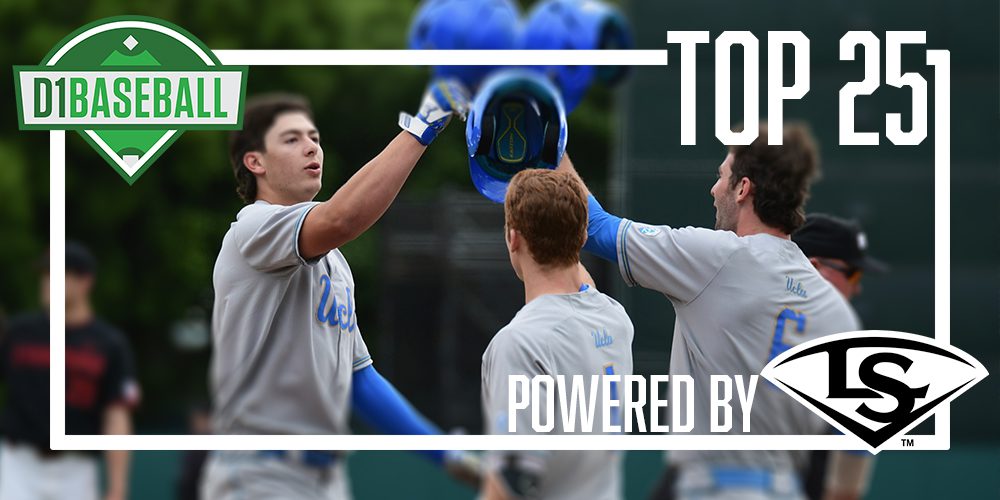 UCLA remains steady at No. 1 in a week that saw many other teams rise and fall

For the fifth straight week, UCLA lands at No. 1 in the D1Baseball Top 25 rankings, powered by Louisville Slugger. The Bruins won their third series against a team ranked in the top 10 this season, sweeping then-No. 8 East Carolina, one week after taking two of three on the road at then-No. 2 Stanford.

Behind UCLA, however, the rankings saw major upheaval, with just two other teams (Arkansas at[…]