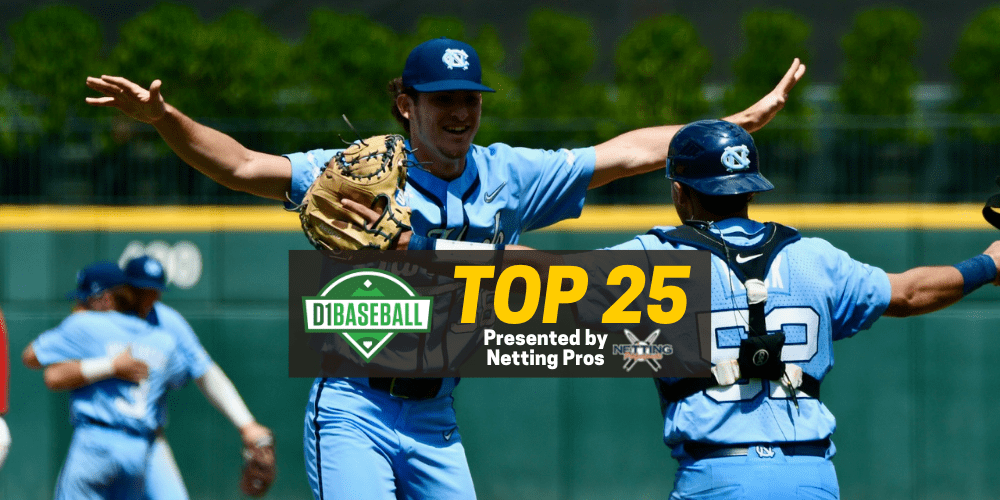 Oklahoma State jumped three spots after a 3-2 showing at the Big 12 tournament, which helped it grab a top-eight national seed. Big 12 champion Oklahoma and American Athletic Conference champion East Carolina made huge leaps, up 13 spots apiece to No. 9 and No. 10, respectively. The Pirates ran their winning streak to 18 straight games and captured a top-eight national seed.

ACC champion North Carolina, which has won 15 of its last 17 games down the stretch, vaulted from outside the rankings to No. 11, and earned the No. 10 national seed in the NCAA tournament. SEC tourney runner-up Florida also returned to the rankings (at No. 18), along with Sun Belt tourney runner-up and regional host Georgia Southern (which checks in at No. 21 in our Top 25).

There was some significant shuffling this week, as the rankings made adjustments for conference tourney performance, season-long bodies of work, and NCAA tournament seeding. Three teams dropped out of the Top 25: Virginia, LSU and Grand Canyon, all of whom made regionals as at-large teams.