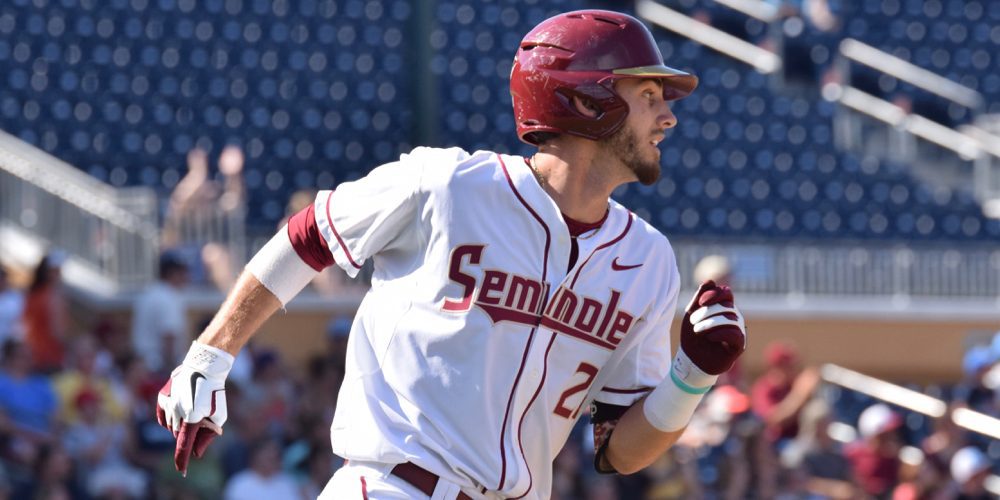 For the first time this season, there’s a change atop the D1Baseball Top 25 rankings. Florida State moved up two spots to No. 1 after a 4-1 week that included a two-game midweek sweep over upstart UCF and a series win against Boston College in the first weekend of ACC play.

Preseason No. 1 TCU relinquished the top spot for the first time this season after dropping a road series at UC Irvine, but the Frogs did not fall far, landing at No. 3.[…]