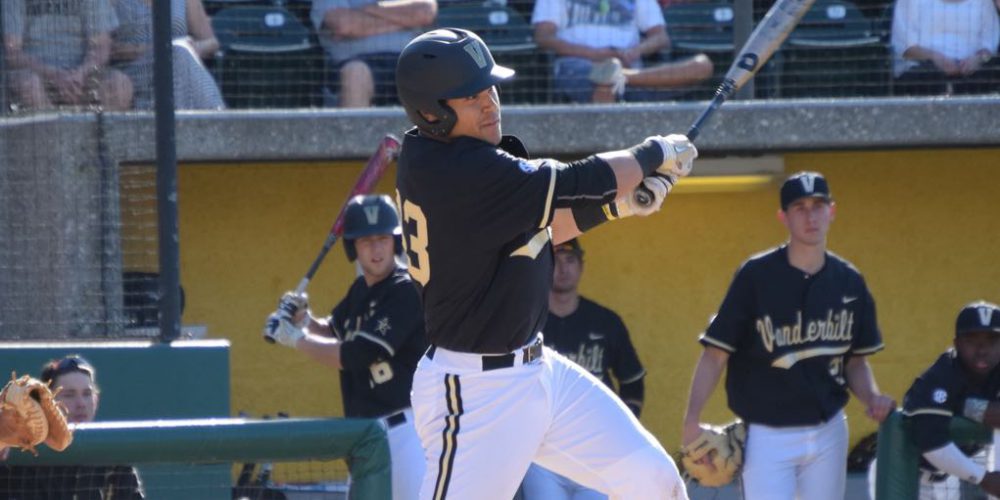 CHAT: Have a question about the rankings?

Preseason No. 1 Vanderbilt returned to the pinnacle of the D1Baseball Top 25 rankings three weeks after relinquishing the spot. LSU’s one-week stay atop the rankings ended after the Tigers lost a home series to Kentucky, dropping them to No. 5. Texas A&M, Florida and TCU each moved up a spot to round out the top five, which still features four teams from the Southeastern Conference.

The rest of the top 10 remained the same, but there was some movement in the teens. Florida State, UC Santa Barbara and Virginia[…]