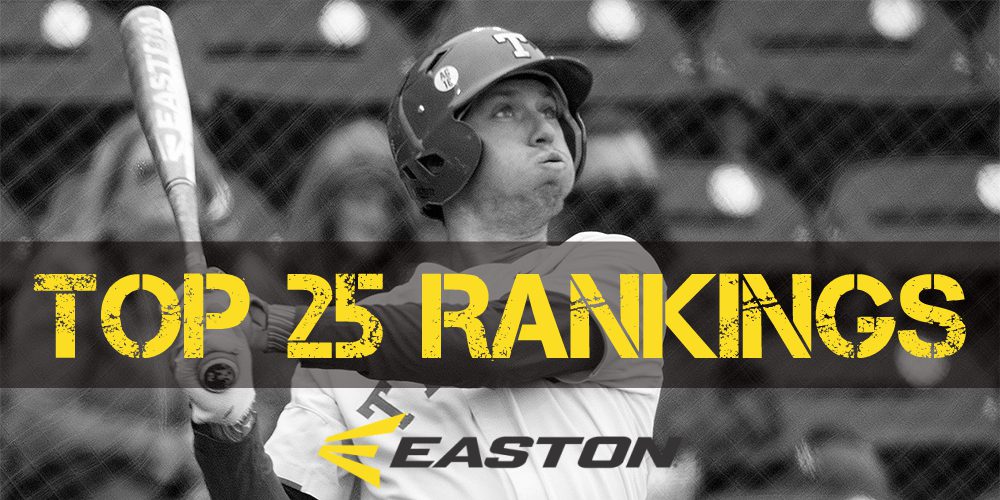 The top four teams remained the same in the D1Baseball Top 25 rankings, led by No. 1 Florida, which swept Missouri to win its ninth weekend series in nine tries this spring. Stanford, Arkansas and NC State held firm in the next three spots after winning their series.

Texas Tech returned to the top five after scoring 56 runs in a three-game sweep of Kansas State. Kentucky and Oregon State moved up two spots apiece to Nos. 6 and 7 after winning road[…]