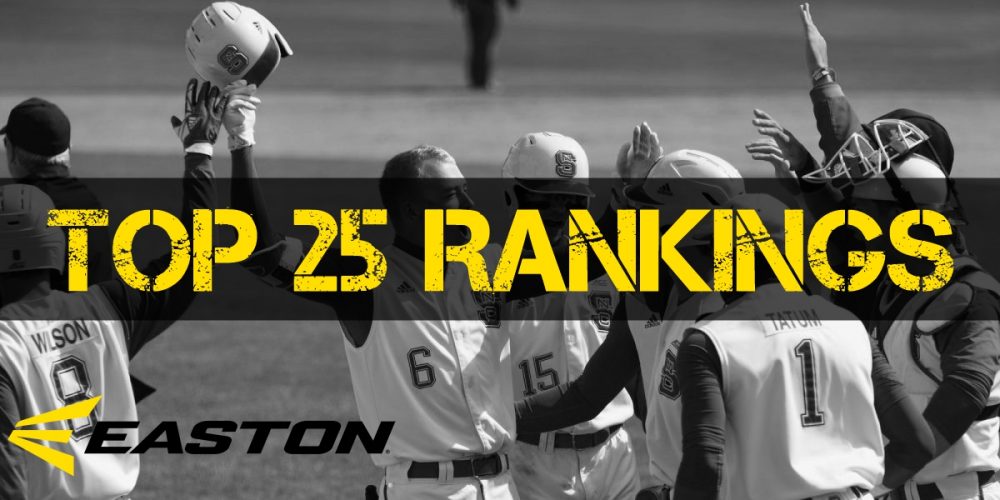 Florida remained No. 1 in the D1Baseball Top 25 rankings after winning its eighth weekend series in eight tries this season. Stanford posted a 3-2 week and held on to the No. 2 spot even after dropping its first series of the year, on the road against a ranked opponent (UCLA). Arkansas climbed two spots to No. 3 after sweeping then-No. 19 Auburn, which fell out of the Top 25 after losing its third straight series.

NC State and East Carolina were the big movers in the top half of the rankings.[…]