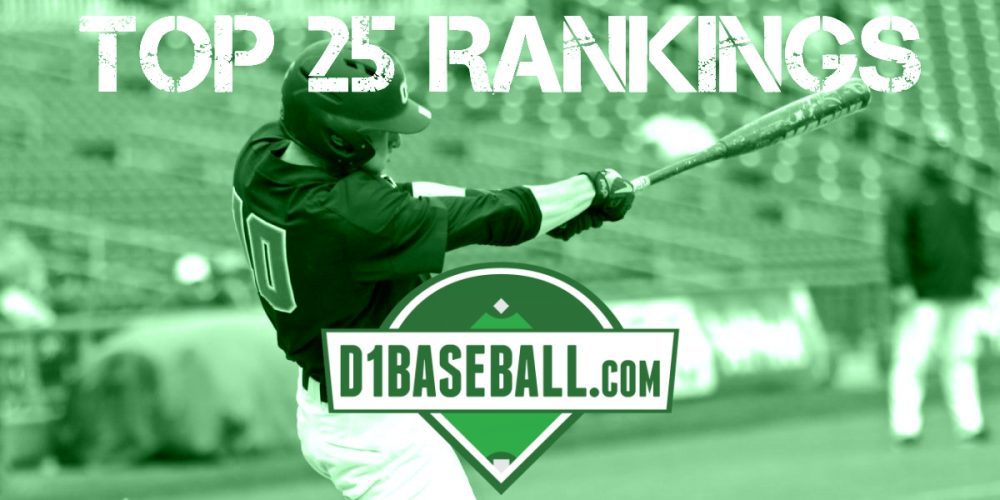 Have a question for Rogers and Fitt? Ask Away

Four weeks into the season, there’s a new No. 1 in the D1Baseball Top 25 rankings. Oregon State took over the top spot after winning a weekend series against Cal State Fullerton to improve to 15-1 on the season. The Beavers supplanted defending national champion Florida, which spent the first three weeks atop the rankings but dropped two midweek games to UCF before rebounding with a sweep of Rhode Island.

That wasn’t the only shakeup in the[…]