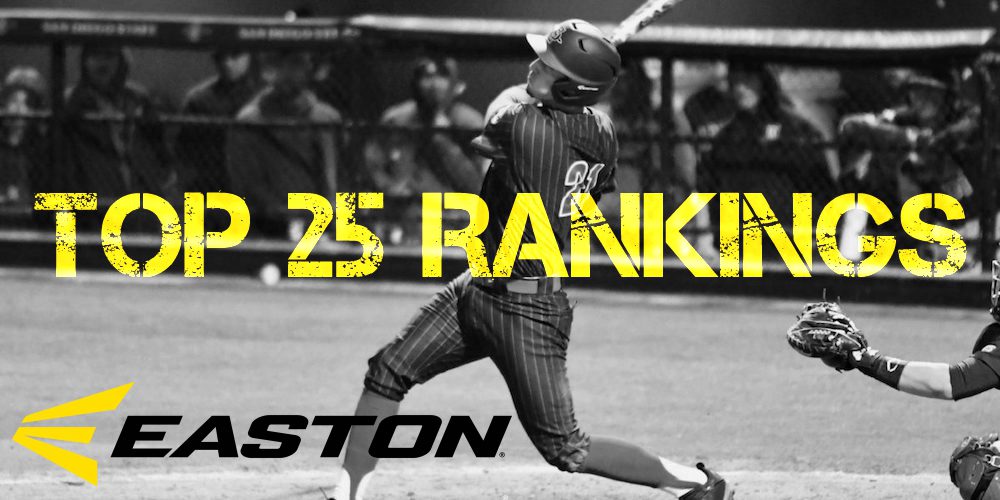 The top three teams remained the same in the D1Baseball Top 25 rankings, presented by Easton Baseball. Oregon State retained the top spot after winning a series against Washington, though its 15-game Pac-12 winning streak was snapped Sunday. Florida held firm at No. 2 after winning a showdown series against Arkansas, which dropped one spot from No. 4 to No. 5. And Stanford maintained the No. 3 spot after returning from its exam break to outscore Southern California 34-2 in a three-game sweep.