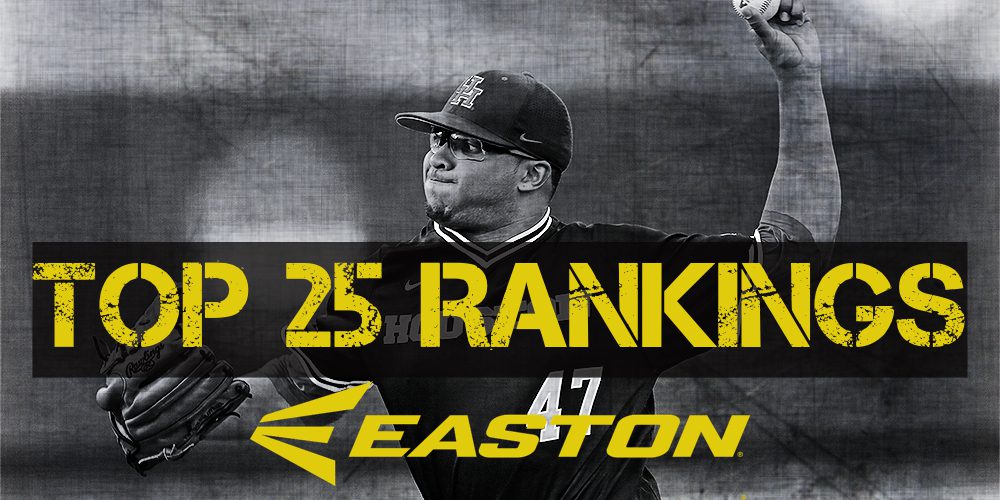 Florida held onto the top spot in the D1Baseball Top 25 rankings for the seventh week in a row after winning a series against Georgia and clinching the SEC regular-season crown. Oregon State moved up one spot to No. 2 after taking two of three from Stanford, which fell one place to No. 3.

NC State, Ole Miss and Arkansas climbed one spot apiece to Nos. 4, 5 and 6, while North Carolina fell three spots to No. 7 after a 1-3 week that included a road series loss to Duke, which jumped three spots to No. 10. No. 8 Clemson and No. 9 East Carolina round out the top 10.

Two teams entered the Top 25 this week. Houston jumped in at No. 22 after winning a road series at then-No. 18 Connecticut, clinching at least a share of the American Athletic Conference regular-season title. And South Carolina entered at No. 25 after winning its fourth consecutive SEC series. Auburn and South Florida fell out of the rankings.

D1Baseball editors Aaron Fitt and Kendall Rogers determine the Top 25 rankings. Records are through games of May 13.